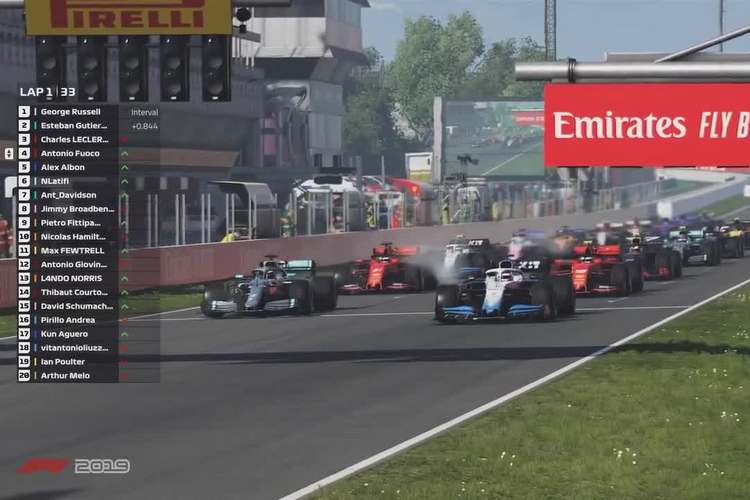 When it became apparent that COVID-19 was going to prohibit the 2020 Formula 1 season to get properly started, the world of motorsport turned to its only alternative: sim racing. While several racing series around the globe made great use of the circumstances to provide their fans with some seriously exciting and well-executed events, F1 fumbled the ball and failed to make a lasting impression.

For the past few weeks, the motorsport community has been bombarded with sim racing events of virtually every kind, with new additions seeming to come in still. Although the trend has been rather polarising, either leaving fans indifferent and confused or bringing them closer than ever before, it is difficult not to appreciate how thoroughly yet quickly some of these events were put together.

NASCAR, for instance, held its inaugural Pro Invitational Series race on March 22. Combining forces with iRacing and FOX, the virtual clash at Homestead-Miami Speedway pulled in nearly one million viewers –– numbers that organisers of certain raceweekends on the calendar would be proud of replicating.

It’s not just NASCAR’s numbers, though, that quickly set an industry example others could only hope to attain. Something that surely helped pique the interest of the fans was the amount of actual racing drivers competing in these events. Thanks to fan favourites like Jimmie Johnson, Jeff Gordon and the recently-retired Dale Earnhardt Jr., as well as lesser known sim specialists like Timmy Hill and Parker Kligerman ready to leave their mark, the races felt as close to reality as they could have been.

Meanwhile, F1 was struggling to put together a series of their own. And when the time finally came to launch the Virtual Grand Prix, it had been left in the dust of others venturing to do the same, but slightly earlier. At the same point in time, weekends had turned into a shambles of overlapping official and unofficial sim events, making it increasingly difficult for fans to decide what to watch, assuming they already had a clue in the first place.

What’s more, F1 had been found lacking in the department of sign-ups, with rarely more than a handful of actual F1 drivers competing in a race. Although securing major athletes from other sports technically was a strong move, in reality it added little depth to the show, for they meant little to fans of F1. Completing the line-up with junior drivers, YouTubers and streamers further obscured the spectacle to the point where having Charles Leclerc, George Russell and Alexander Albon on the grid had little effect.

The fact that F1 had trouble filling the Virtual Grand Prix grid with their drivers definitely must have stung management, especially considering that some of the biggest names in the sport were off on their own. Meanwhile, the appearances of Max Verstappen and Lando Norris, who were both meandering off into every sim racing event they could bare to stand, arguably brought more attention to others than they did for Formula 1.

The absence of some of F1’s biggest names got even more painful for the organisers of the Virtual Grand Prix in the past two weeks, after the news broke that Sebastian Vettel of all people would compete in The Race’s All-Stars Series and Legend Trophy, but still had no interest in the Formula 1 event. Having F1’s most elusive character finally make an appearance outside of the sport, only to discount the official event to join a race put together by a media outlet is laughable. Hearing Lewis Hamilton say he’d rather race himself on Gran Turismo Sport made the whole situation even more comical.

For all the reasons F1 drivers decided not to sign up for the Virtual Grand Prix, having the event revolve around Codemasters’ F1 2019 certainly didn’t help its attempts to turn the series into something worthwhile. Popularity, in this case, actually turned out to be the Achilles heel of the biggest form of motorsport on Earth. While other series turned to profoundly realistic simulators like iRacing and rFactor2, F1 was stuck with a semi-arcadey game.

Sure, the official Formula 1 game is definitely a wonderful game in itself, but it simply has no business trying to achieve what other disciplines have successfully done in recent times. With NASCAR, the IndyCar Series and the Australian Supercars Championship among others all creating an excellent virtual experience for the fans, it’s embarrassing that Formula 1 was unable to do the same. What could have been an opportunity for Formula 1 to show why, in every way imaginable, it is at the absolute peak of motorsport, it got truly outshined by its peers.