Ricciardo: First race back will see some form of chaos 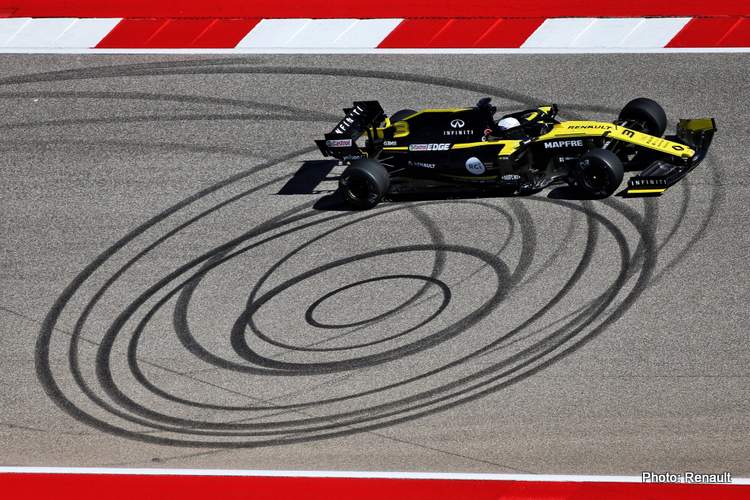 Fans and drivers alike should be prepared for a chaotic first race when Formula 1 returns after its extended, COVID-19-induced layoff, says Renault’s Daniel Ricciardo.

The Australian, isolating in Perth since his home race in Melbourne was cancelled in March, has not driven his Renault since the last day of testing in Barcelona at the end of February.

F1 plans to get going in Austria, pandemic permitting, with two races at the Red Bull Ring from the start of July.

Ricciardo told the BBC on Saturday he expected “some form of chaos, hopefully in a controlled manner” because all the drivers had been out of action, at least on the real racetrack rather than virtual, for so long.

“I am not really referencing cars everywhere. But there is going to be so much rust, a combination of emotion, excitement, eagerness,” the 30-year-old said.

Ricciardo’s former boss Christian Horner, whose Red Bull team have won at home in Austria for the past two years with Dutch youngster Max Verstappen, agreed the return could shake things up.

“This is probably the longest time all the drivers have been out of a seat,” he told The Guardian newspaper.

“That could be healthy in a way. If we begin again in July, they will all be rusty as hell and there will be some incidents.”

Ricciardo, a seven-times race winner with Red Bull, is in the last year of his lucrative Renault contract with his future uncertain.

He has been spending his time on the family farm, a situation he has described as perfect for training with plenty of space and none of the stresses of travelling.

“The icing on the cake on that is we haven’t been jumping time zones, or locked in pressurised cabins three days a week up in the air, and the benefit is going to be really nice,” he said.

“Because it is so unique it was important to maximise this. And who knows? It might give me a bit more longevity in my career.”