The braking point: What next for Carlos Sainz Jr? 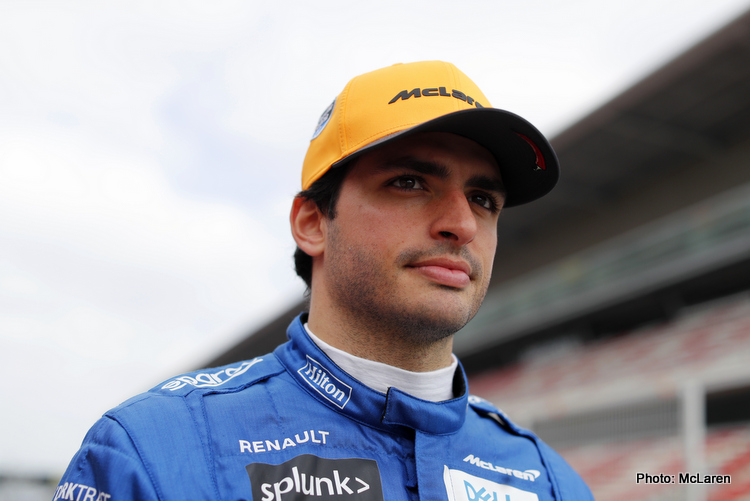 With the season and the Formula 1 community currently in a state of flux it appears that the annual “silly season” has simply been extended and with plenty of drivers out of contract at the end of the year, there are numerous ways we could end up seeing the 2021 grid take form.

Sebastian Vettel, Lewis Hamilton and Daniel Ricciardo are three of the highest profile names being linked with moves, but it is one of the previously unheralded drivers in Carlos Sainz Jr whose situation offers the most intrigue.

Before the start of the 2019 season the Spaniard was seen as a bit of a nearly man — a driver of talent who was yet to put it all together. After a few seasons with Toro Rosso in which he impressed against Daniil Kvyat but struggled alongside Max Verstappen, Sainz’s move to Renault did not work out as planned and he was well-beaten by Nico Hulkenberg. With Ricciardo brought in to replace him, a seat with a top team looked further away than ever before.

However, a year on and that has all changed, with Sainz now being tipped for a Ferrari seat or even an unlikely return to Red Bull. Whether such a level of fanfare is quite deserved at this stage, there is no doubt that Sainz’s performance was impressive last season. Driving what was the fourth-best car on the grid, the 25-year-old scored 96 points and achieved his first podium in F1, which was enough to earn him sixth place in driver’s standings. He regularly outscored his teammate Lando Norris, finished best of the rest on six occasions and made it through to qualifying three 13 times. In addition to his third place finish in Brazil, Sainz also finished fifth in Germany, Hungary and Japan.

Such a level of consistency is certainly noteworthy for a driver outside the top three teams, but there remain aspects of his 2019 season that create doubt about his ability to compete at the very front end of the grid. Firstly, the poor form of Pierre Gasly in the second Red Bull played a large part in him finishing sixth in the championship. After the promotion of Alex Albon over the summer Sainz placed in the top six in just three of the remaining nine races and only finished ahead of the Thai driver in Brazil when he was forced to retire from second place. While he wouldn’t be expected to beat Albon in a faster Red Bull, the results in the second part of the season show that Gasly’s failings were a large contributing factor in his early success.

Secondly, Sainz’s qualifying speed was not quite at the level of his race pace. The Spaniard actually lost out to his teammate Norris on Saturdays over the season, with the Englishman featuring in qualifying three on more occasions and boasting a slight time advantage overall. In terms of final qualifying positions they beat each other ten times apiece, but Norris had an average starting position of 9.33 compared to Sainz’s 10.29. At age 25, Sainz’s experience allowed him to clearly outscore Norris on Sunday’s, but in qualifying trim the rookie 19-year-old had the edge.

None of this is to say that in the new comfortable environment that Sainz finds himself in at McLaren, he cannot push on to the next level and improve. Given that his previous two seasons included plenty of upheaval, he will be grateful for the relative calm in Woking. However, for Sainz to be considered one of the most promising drivers on the grid and one that could potentially step into a top seat, he needs to show more of the form that was present in 2019. This will be a challenge though, with Racing Point looking quicker and Norris likely to have learned plenty from his debut campaign. How Sainz responds will be fascinating to see.