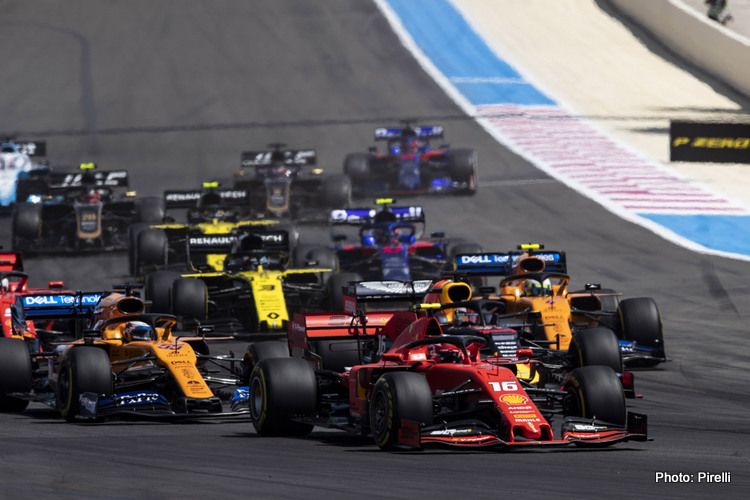 Renault’s Cyril Abiteboul has reiterated his team’s dissatisfaction with the FIA over their handling of the 2019 Ferrari engine saga, suggesting the matter remains unresolved.

A contentious topic that was put on the back-burner by the advent of COVID-19, six (originally seven) of Formula 1’s ten teams were known to be demanding further explanation from the FIA over its confidential settlement with the FIA.

Last month, the FIA revealed it was at Ferrari’s request that the settlement was kept secret, prompting McLaren boss Zak Brown to ask Ferrari counterpart Mattia Binotto to pull-back the curtain, something Abiteboul says he has “exactly the same view” on.

“It’s something of the previous world, but it’s still something which at some point should be addressed,” he told the official Formula 1 website.

“Very simply, I’m an engine manufacturer myself, I want to make sure my engine doesn’t pose the same legality question mark. I don’t think so. But I think it only makes sense if the regulations are clear and the decisions are clear for all participants – that’s what we’re asking.

“We have no intent to change what has been done. We would like to know in order to move on.”

While Ferrari has admitted no wrongdoing, the FIA has maintained from the outset its settlement is the best course of action for the sport, and has not seen the Scuderia get completely off the hook. Evidently, Ferrari’s rivals don’t agree with that position, but with more pressing concerns over finances dominating current discussions, it is an issue that, at least for the near future, seems likely to remain on the backburner.