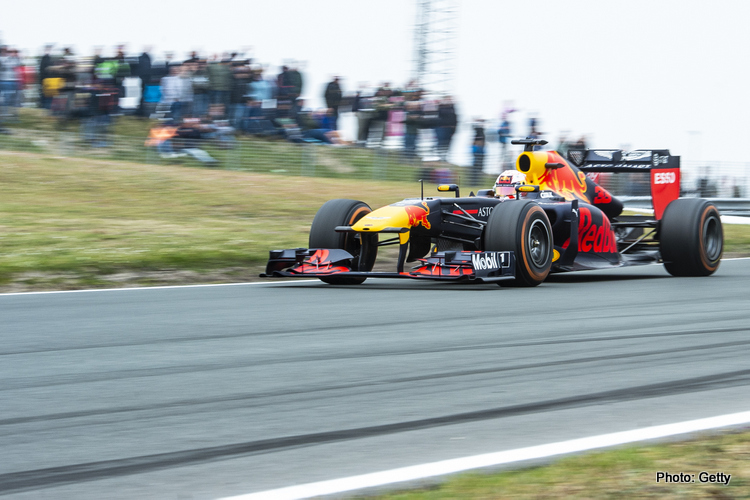 With the design of cars in Formula 1 having forever been the focal point of discussion when it comes to improving racing, too little thought is given to how track design directly affects the excitement of a Grand Prix.

It is no secret that the design of a race track has a large impact on how a Grand Prix might turn out. While certain circuits on the calendar have little more to offer than a fascinating setting and perhaps a scintillating qualifying session, other tracks rarely fail to deliver on race day.

In order to better understand how this process works, I recently had a lengthy conversation with Jarno Zaffelli of Studio Dromo. As the brains behind the redesign of one of Formula 1’s most authentic tracks, Circuit Zandvoort, Zaffelli explained to me in depth why he thinks the notorious Dutch circuit should be high on everyone’s to-watch-list when the sport finally gets going again.

According to the ever enthusiastic Italian designer, Zandvoort is a one-of-a-kind track on the current calendar, for the simple fact that it is like a rollercoaster. Especially after going through a series of subtle yet striking changes that should help increase possibilities to overtake, the already difficult-to-nail track is now faster and more demanding than ever. In fact, with a projected lap time of around 1:02 minutes, it might very well turn out to be the quickest tour in Formula 1.

The problem is, though, that the drivers might end up only creating excitement on the Saturday of the Grand Prix weekend, owning to the layout of the circuit. Due to its relatively narrow strip of tarmac and seemingly never-ending twists and turns, in many ways the track is like Circuit de Monaco, which would make it hard for drivers to pass each other.

While this may be true, Zaffelli thinks it is too soon to add Zandvoort to the list of tracks that F1 cars will ‘polonaise’ around for 300 kilometers. For one, Zandvoort is both wider and a little more forgiving than the Monte Carlo track. On top of that, the characteristics of the track invite drivers to push their cars to the absolute limit, which, combined with the high-speed, rollercoaster-like nature of Zandvoort, might create a number of situations where drivers end up making critical errors over the course of an event because of fatigue, resulting in a dramatic race after all.

Zaffelli pointed out that, to create an exciting and demanding race track, the designer in many ways should think like the author of a novel, or the director of a movie. To think of all the elements necessary to shape an atmosphere that will provide bountiful action is vital.

If you think about it, though, that alone isn’t enough to ensure a proper race. Take the Hermann Tilke-designed Yas Marina Circuit, for instance. While the German architect is renowned for delivering the complete package and undoubtedly thought of implementing a sufficient amount of overtaking opportunities into the track’s design, the venue lacks one crucial component: the element of unpredictability.

With its combination of long straights and slow, 90-or-more degree turns, the track is rather stale at its core. Although technically there are possibilities to pass, at the same time these moments can very easily be anticipated by the viewer, resulting in anti-climax when they happen.

The problem is that Formula 1, like any form of sport, relies on the unexpected. Without our heroes pulling off daring moves to which we can only gasp in disbelief, it really isn’t that captivating. It is for the same reason that fans gravitate en masse to characters like Ayrton Senna, Michael Schumacher, and more recently drivers like Max Verstappen and Charles Leclerc. They show the audience something otherworldly, something they are certain they cannot replicate even if they tried a million times.

Therefore, it is absolutely essential for a circuit to provide not just overtaking opportunities, but to possess enough characteristics that allows drivers to challenge themselves as well as their competitors. When drivers understand they need to be on the cutting edge of their daring abilities to pass their rivals, only then can we call a track great.