Today in Racing: 4 May 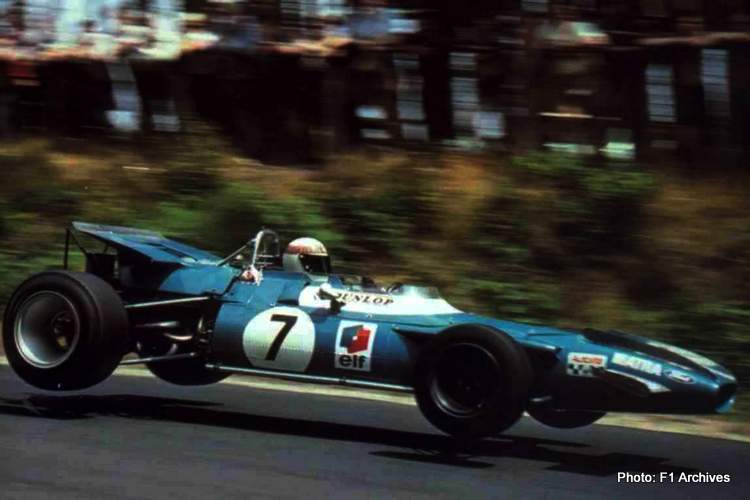 Such was Jackie Stewart’s domination in Ken Tyrrell’s Matra-Cosworth MS80S, that the 1969 Spanish Grand Prix at Montjuich Park was one of two where the winner ever finished two laps ahead of the runner-up, that being Bruce McLaren in his eponymous McLaren-Cosworth. Third-placed Jean-Pierre Beltoise was another lap down in the other Matra.

In a good day for French racing, Didier Pironi also drove a Ligier JS11/15 Cosworth to his maiden Grand Prix victory at Zolder in Belgium from Alan Jones’ Williams FW07B Cosworth. Michael Schumacher meanwhile won the 2003 Spanish Grand Prix at Barcelona driving a Ferrari F2003-GA from pole position from Fernando Alonso’s Renault team and Rubens Barrichello in the other Ferrari.

Dave Charlton drove his Brabham BT11 Climax to win the 1966 Bulawayo 100 in Rhodesia, while Leo Geoghedan’s Lotus Repco the 1969 JAF Grand Prix at Mount Fuji on the same day that John Harvey won the Warwick Farm Tasman round in Australia in a Brabham Repco. Also today, Narain Karthikeyan won the 2008 British A1 Grand Prix of Nations Feature  for India, while Robbie Kerr took a home win in the Sprint

Frenchmen were also prominent in World Rally action on this day as  Jean Ragnotti took his Renault 5 Maxi Turbo to the 1985 Corsica win, where Francois Delecour’s Ford Escort RS Cosworth won in ‘93 Corsica , while Sebastien Loeb steered his Citroen DS3 to win in Argentina 2013.