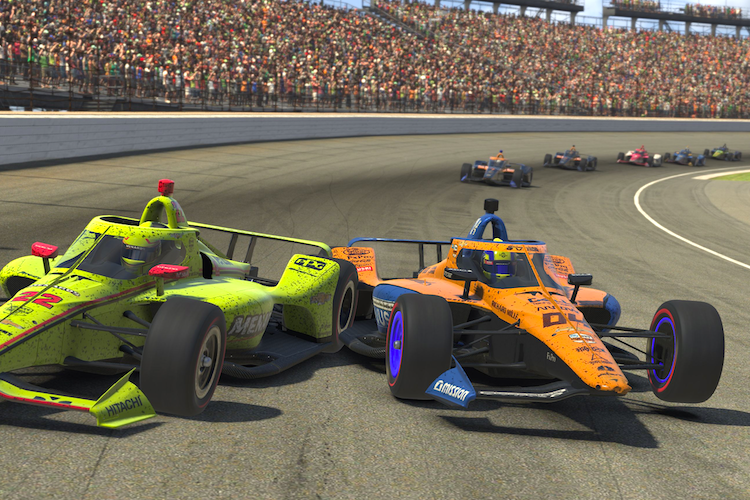 A video game collision between Indianapolis 500 champion Simon Pagenaud and Formula One’s rising star Lando Norris has fuelled debate over racing behaviour in the virtual world and the evolution of esports.

Online racing is booming and a serious business for teams, championships, sponsors and aspiring drivers at a time when the COVID-19 pandemic has closed racetracks and sent nations into lockdown.

“It’s not a game. It is turning into a very, very important part of the business that is motorsport,” said Darren Cox, president and CEO of Torque Esports whose races include a Legends Trophy with former F1 and IndyCar drivers.

The final round of the IndyCar iRacing Challenge at a virtual Indianapolis on Saturday featured a field of IndyCar drivers, plus guests like McLaren’s Norris, and was broadcast live in the United States on NBCSN.

Norris, who has 1.4 million followers on Instagram and a popular live stream on Twitch, was leading when he collided with a slow-moving Pagenaud two laps from the end.

The Frenchman was heard just before saying “We take out Lando, let’s do it”. The Formula One driver called Pagenaud a ‘loser’ and said he had not wanted a non-IndyCar regular to win.

Santino Ferrucci then took out leader Oliver Askew on the last lap.

“At the end of the day, it’s a video game. It’s virtual reality. It’s not anything that I think I’d find myself doing in a real car,” Ferrucci said.

McLaren boss Zak Brown, an American whose team are mounting an Indy 500 challenge with double F1 world champion Fernando Alonso, criticised Pagenaud on Twitter: “Not what you expect from a champion.”

Cox joined in the condemnation, pointing out also that the arrival of betting companies on the scene had put sporting integrity in the spotlight.

“These guys aren’t doing it for fun,” he said. “Pagenaud was there representing Penske, his sponsors, the series. And therefore he has to behave like a professional. You can say ‘It’s just a game’ but it ain’t.

Two NASCAR drivers have already suffered the consequences of online behaviour, Bubba Wallace losing a sponsor after quitting an esports race in April while Kyle Larson lost his Ganassi drive after a racist slur.

IndyCar driver J.R. Hildebrand suggested the issue was “not as simple as choosing a side between whether it’s just a game or not.”