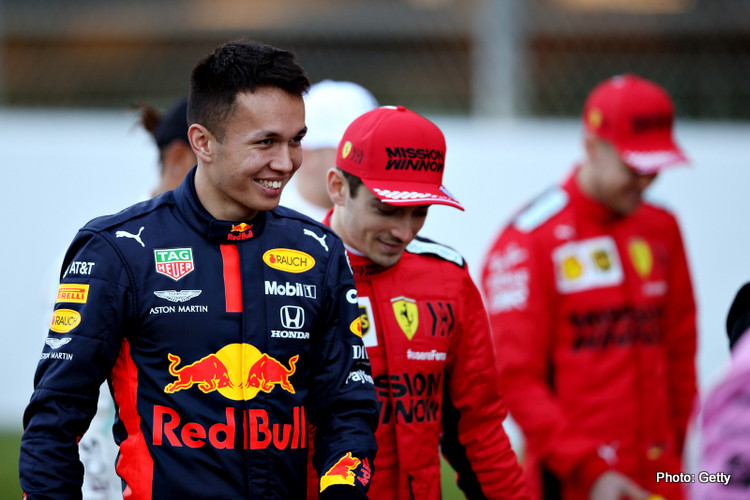 The Thai’s victory over his Ferrari rival gave Red Bull something to celebrate on a day that should have seen the return of Max Verstappen’s home Dutch Grand Prix after a 35-year absence.

F1’s 2020 season has yet to start due to the COVID-19 pandemic that has shut down sport worldwide, with the postponed race at Zandvoort one of many casualties.

The Brazilian layout, with all the drivers competing online from the comfort of their homes, was chosen by fans because Zandvoort does not feature in the 2019 version of the video game.

It provided more changes of lead than commentators could count after Stoffel Vandoorne, on pole for Mercedes a day after doing the same in a virtual Formula E race, threw away his advantage.

Albon, who collided with six-times world champion Lewis Hamilton on the penultimate lap of the real Brazilian race last year while running second, made no mistakes in a wheel-to-wheel race-long battle.

Leclerc, winner of the last two virtual races in China and Vietnam, traded the lead on almost every lap but opted for the hard tyres at his pitstop while the Red Bull driver came in later for mediums.

Leclerc picked up a three second penalty with 13 laps to go for exceeding track limits, dropping the 22-year-old Monegasque to third at the end behind Williams’ George Russell.

“I was shaking afterwards, I had so much adrenalin in my body. I feel more scared driving the simulator than I do the real thing. The pressure was unbelievable,” said Albon.

Leclerc said it was ‘proper fun’ and similar to the real scrap he had in Austria with Verstappen, only with “less contact and even more overtaking.

“I knew I had the penalty but after that it was also about having fun, so I kept overtaking Alex,” he added. “I really enjoyed this race.”

“Me and Stu were training together actually,” said Stokes.

“As soon as we knew that we were about to do the proper race it just completely threw all of that out of the window and we were both very, very nervous.”