Today in Racing: 2 May 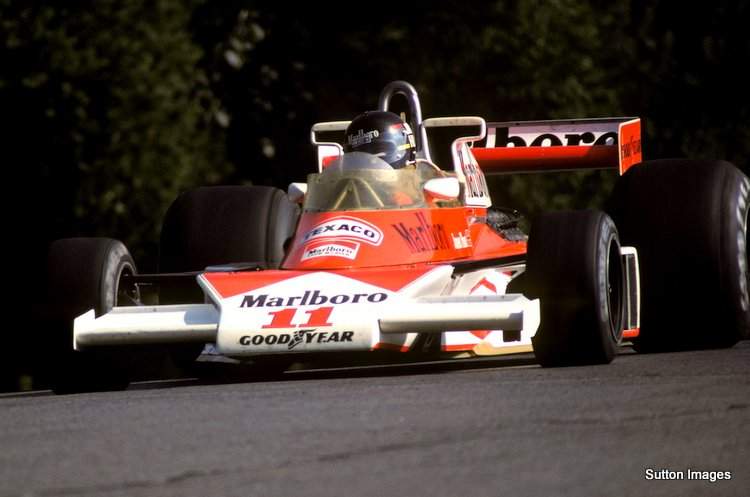 The Spanish Grand Prix at Jarama kicked of a dramatic series of events that would go on to typify the 1976 Formula 1 World Championship in a result that would take three months to formalise.

James Hunt won the race, but he was later excluded when his McLaren M23 Cosworth was excluded when it proved too wide in post-race scrutineering. That handed the win to Niki Lauda’s Ferrari 312T2 to extend his Drivers’ Championship lead to 23 points with Gunnar Nilsson declared second in his Lotus 77 from Carlos Reutemann’s Brabham BT44B. McLaren however appealed the disqualification, which was upheld in the July hearing to see Hunt reinstated as the winner.

The only other 2 May grand prix was 23 years later when Michael Schumacher won from David Coulthard’s McLaren and his Ferrari teammate Barrichello Mercedes in 1999.

Giuseppe Farina’s Maserati 4CLT won the 1948 Grand Prix des Nations on the banks of Lake Geneva, while Jack Brabham twice won the Silverstone International Trophy on this day, driving a Cooper T51 Climax in 1959 and a Brabham BT7 in ‘64. Across the pond meantime, Indy race winners included Johnny Rutherford at Trenton in 1976, Juan Pablo Montoya in ’99 and Will Power in Sao Paulo in 2011.

While Bernard Darniche won the 81 World Championship Rally of Corsica in a Lancia Stratos HF, the second continues motorsport history’s tragic first week of May in a black day for rallying Attilio Bettega (32) died in a crash on the fourth stage of the 1985 Tour de Corse his Lancia hit a tree, while co-driver Maurizio Perissinot survived the crash uninjured.

Precisely a year later, 29 year old Henri Toivonen and his navigator Sergio Cresto both died when their Lancia left the road in 18th stage of the 1986 Tour de Corse, plunged down a ravine and burned. World rallying cancelled the wild Group B class at the end of that season.