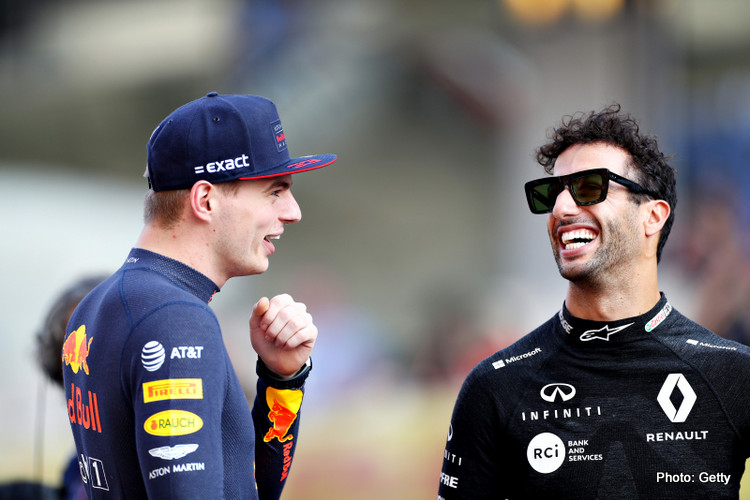 Renault’s Daniel Ricciardo has ruled-out joining the ranks of Formula 1 drivers who have taken up sim racing, saying he would prefer to focus on his physical conditioning instead.

The 30-year-old, who is residing on his family farm in Western Australia amidst the COVID-19 lockdown, was asked by The New Daily about his chances of joining former Red Bull teammate Max Verstappen on the virtual track.

“Slim, I’d say. He’s all about the sim stuff. I wanna say he’s spending more than 50 per cent of his waking day on one. So yeah, I’m not there [against Max].

“I just know with my competitive nature, if I got one, I’m going to be spending hours on it a day. And before you know, I’m missing training sessions, racing these sims and I feel that the training is more productive.”

Unlike most of his rivals, Ricciardo has the luxury of extensive outdoor space in which he can exercise, and with trainer Michael Italiano accompanying him, he intends to make the most of it.

“It’s just us and … we’ve got time on our side. We can really put together a proper program and we can push ourselves,” he explained.

“I’m very self-motivated. I would say most times I even prefer training alone. I’d love to go running alone and just getting my own space, listen to music and get in my zone.

“I’m missing the racing and I’ve got that bug in me that I just want to go again, so I’m staying ready and, and that’s kind of my driving purpose.

“But otherwise, I think I’m quite lucky to be on the farm … I’m not locked in an apartment just with only really my phone or the internet as an escape.”