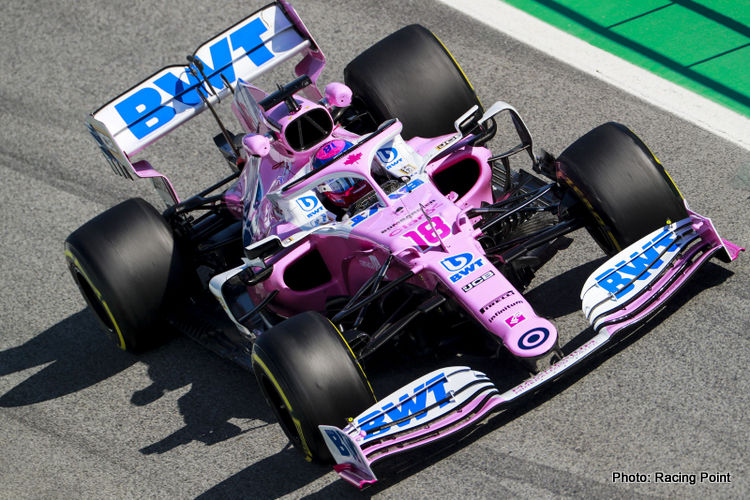 The Racing Point RP20, commonly known as the ‘Pink Mercedes’, caused quite a stir in the paddock upon its launch in February, due to perceived similarities with Mercedes’ 2019 car.

However Green has suggested that should rival teams seek to protest the design when the season eventually gets underway, their complaints would fall on deaf ears.

“We don’t really know what the ground is that they are thinking of protesting about,” he told motorsport.com. “When the car launched, we talked to the FIA about it, the FIA came round to the factory and looked at what we’d done and the designs of the car.”

“They even took the design data from Mercedes for last year’s car and checked it against ours. They did a thorough check. And they are completely happy that the car that we’ve got on track has been designed by us.

“They can shout and scream as much as they want, but I think what they’re actually shouting and screaming about is the fact that they’ve missed a trick. And that’s what they’re upset about.”

Where previously financial constraints had pushed Racing Point to continue with a high-rake design philosophy it had previously borrowed from Red Bull, Green indicated that the increased funds provided by Lawrence Stroll’s takeover this year meant the team was finally able to change to the low-rake concept that suited the gearbox it was already buying from Mercedes.

“There was always significant carry over, and this year was the first time that we had a clean sheet and we could optimise what we were buying from Mercedes.

“Which obviously means a completely new car with zero carry over.”