The Undercut: Winners and losers in F1’s corona world 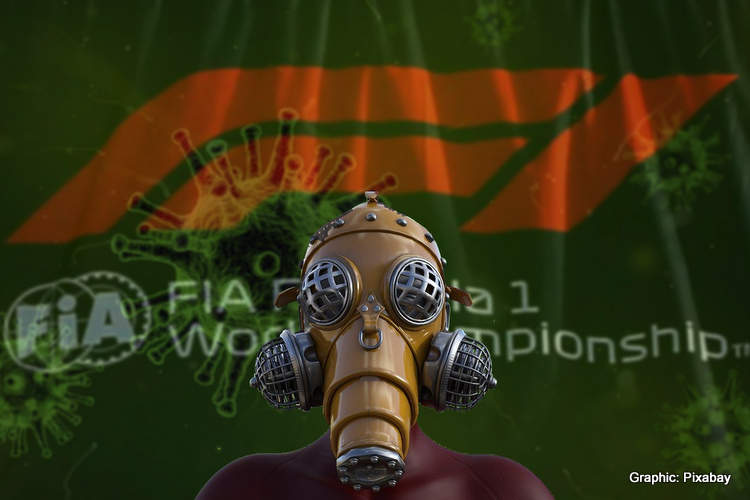 It’s a measure of the mess not only Formula 1 but the entire world finds itself in to observe the reaction to Ferrari’s latest threat to quit the sport.

In the past, although it was precisely the 748th time in history they’ve warned that one foot is outside the paddock gate, there would be gasps of shock, horror and utter despair and desperation among true F1 believers to consider a grid without the red cars.

This time? The reaction seems to be something along the lines of: “Uh huh.”

Now, that’s just not just because we’ve all seen this movie before. It’s because, apparently with the exception of those pulling the same old levers of brinkmanship behind closed (correction: locked down) doors at Maranello, the thought of a grid of cars of any colour whatsoever seems so very, very distant at this point.

“No red cars on that grid? But there’s a grid, right? Just not the red cars? Oh right. Well that’s something.” That seems to be the average sentiment post Ferrari’s most ludicrous of all ludicrously empty threats.

How out of touch can a great name like Ferrari really be?

About as out of touch as F1’s other major star, as it happens. While Lando Norris gigglingly positioned himself as the Hamilton of the virtual racing world, and Charles Leclerc tries to do the same by dressing himself up as a banana (do you even Twitch, bro?), F1’s megastar six-time world champion, Lewis Hamilton, is apparently holidaying on the Indonesian island of Bali – better known in Australia as a cheap way to do the five-star resort life.

I haven’t done any particular research into what coronavirus-life is like in this third world paradise, but blood-red sunsets and crisp waters aside, I can imagine it’s not particularly hunky dory outside the safety of the most expensive resort. It’s not a stretch to describe Bali’s economy as one built 100% on tourism – and at the moment that would mean tens upon tens of laid off hospitality workers who even at the best of times were struggling to earn $300 a month.

Yes, I said $300 a month. In comparison, Hamilton takes about 2 minutes to earn that much. And yes, I did the maths. Even when he’s sleeping on extended holiday, let alone when he’s bringing a millionaire another pina colada or cleaning his toilet or making his bed, Lewis Hamilton is not going broke … ever. Not even if the Great Depression enjoys an even more powerful sequel than The Terminator or Star Wars: A Lost Hope.

So what pearls of wisdom has Lewis got for us as he rides out a global pandemic in the glitziest five-star resort amid the crumbling economy of a third world country? Well, according to a Twitter rant, apparently he’s happy there are now “clearer skies” because global economies are forcibly shut down. He’s also really relieved that there are “less animals being slaughtered” because farmers are broke and supply chains are shaken to the core, and he’s just delighted that there’s a chance the world will be “kinder, more generous and gracious and caring” than it was when people had – you know – jobs.

At the risk of being rebuked by a fanboy, I have just one comment to make about that: Shut up.

If you agree with me that Hamilton’s “positives” can go and eff themselves, don’t worry – there are actually quite a lot of real positives to focus on as Formula 1 struggles to fire its engine during this global hissy-fit. How about Red Bull, whose Dietrich Mateschitz – you can be sure – is quite happy to dip into his own deep pockets to help Liberty Media out of a bind and kick-start the 2020 season.

Dr Helmut Marko, ridiculed for daring to suggest that a young man like Max Verstappen shouldn’t be too afraid of a respiratory illness, has been an absolute star of the pandemic as he works every day from 9am to 12pm on navigating a course through the mine-field of racing in July, and then spends his afternoon hacking through logs in an Austrian forest at the grand age of 76. I’m not kidding – the guy’s a maniac, and F1 can thank its lucky stars that warriors like him are still fighting in its corner.

What’s going to happen next? If I was to have an educated guess, you almost certainly don’t want to hear it. So I’ll follow the advice I just gave to Lewis and shut the hell up. But I don’t think it’s too pessimistic or alarmist to suggest that the Formula 1 that we all knew and – to varying degrees – loved is definitely gone. It’s gone, guys. Just like tennis, golf and the various football codes, there will be a pinnacle of motorsport again.

But I’ve warned before that cars powered by fuel whizzing around tracks simply do not fit in the ‘woke’ world of veganism and clear skies and social justice that Lewis Hamilton seems to dream about. This ‘corona situation’ has just magnified that by 1000. If the guy down the road from me who runs the local gym is unable to earn a buck at the moment because public safety is much more important, what hope is there for a sport that relies almost exclusively on mass gatherings and almost non-stop international travel?

Oh well. While there is food in our bellies and electricity coming out of the walls, at least we can find out what happens together. Hang in there, everyone.