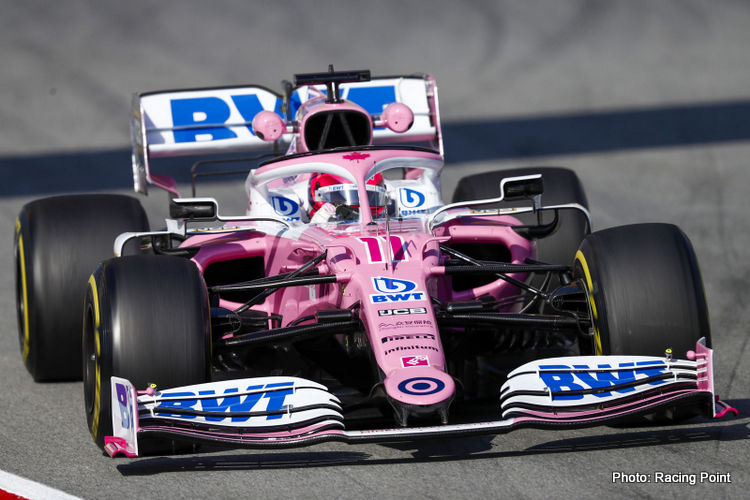 Ever since Eddie Jordan sold his Formula 1 team to the Midland Group in 2005, things haven’t been quite the same for the Silverstone outfit. Although, as Force India, the team managed to find some of its former potential by climbing to the podium no less than six times, it hasn’t been capable of winning a Grand Prix for over two decades. This, however, might soon change.

Earlier this month, Aston Martin came out with a statement confirming that it was, in fact, working towards once again becoming an F1 constructor. For the first time since the late fifties, the British marque is due to compete in the world’s number one motorsport.

Although the people running the show, of course, intent to provide the brand with better results than it achieved sixty years ago, one can only ask themselves how big the chances of actual success really are, considering that Racing Point’s 2020 challenger, the RP20, is basically a carbon copy of Mercedes’ title-winning W10 –– albeit an in-house version, designed by its own staff.

It is possible, though, that Racing Point is hoping to conclude the final season under the current regulations with a design that is known to be blindingly quick, before the new aero changes come into effect. After all, Racing Point, like the other teams, has to create a brand-new car for the 2022 season. Why not try to emulate Mercedes, from whom the team buy several parts anyway, in order to try to be as close to the front of the field as possible before everyone is back to square one again?

While the tactics of Racing Point may be regarded by the opposition as highly questionable, there is definitely a logic to copying one of the most dominant forces the sport has ever seen. Arguably, the opposition is stronger than ever, which means a small team like Racing Point has to spend its money wisely in order to secure fourth in the standings.

However, Aston Martin cannot continue down the same road if it has any intention of leaving its mark on the sport. It does not set the team up for future triumph. If Aston Martin wants to win, it has to change things up, for in Formula 1 you have to lead, to innovate — not to follow.

While copying the best may lead to the odd podium or possibly even a fluke victory, Aston Martin will know little to no success in F1 if they continue the example set by Racing Point in 2020 and, virtually, remain a Mercedes satellite. Instead, the British sportscar maker should try to carve their own path and use whatever parts from Stuttgart they can get their hands on and try to beat Mercedes at their own game.

Although currently the possibility of a scenario unfolding wherein the Aston Martin F1 cars will basically be rebranded Mercedes’ is being strongly denied by the people involved with both teams, it is not unlikely that the partnership will only become stronger over time. I mean, Mercedes’ Toto Wolff buying himself a private stake of Aston Martin stock, that has to be more than just a “financial investment”, right? The Austrian maintains that this development will have no impact on his role with Mercedes, so for now, we can only speculate, but it seems like a foreshadowing move. If only we had a crystal ball.

In any case, while all of the pieces of the puzzle are falling into place for the future Aston Martin Formula 1 Team, on the automotive side, everything is yet to improve for the British automaker. Aston Martin was already in a rough spot before Lawrence Stroll jumped to the rescue, and now, with the end of the COVID-19 crisis not yet in sight, who knows how long it will take for the iconic brand to become financially healthy? Hopefully, in retrospect, we will not have to write that Aston Martin’s decision to commit to F1 as a constructor was the final nail in the coffin.