In the Pitlane: Stroll goes digging 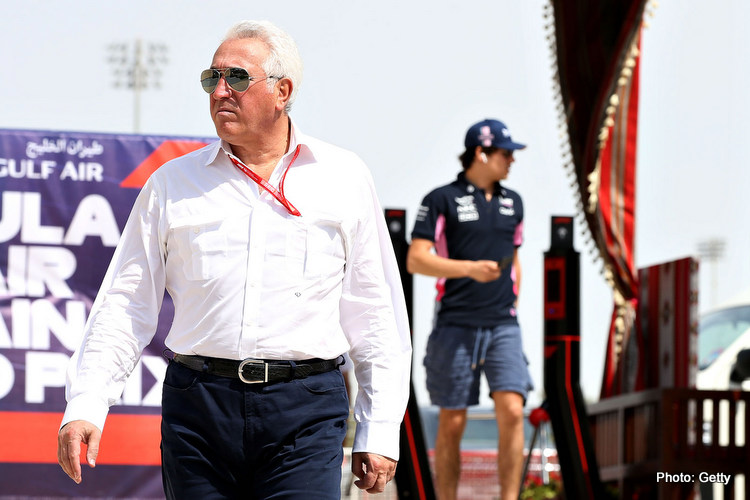 So, Toto Wolff extends his spider’s web of investments by acquiring a 4.7 percent stake in Aston Martin for £37m, although this will drop to just below one percent following a rights issue.

Toto is claiming the investment to be a personal decision but why would he invest in a company with an appalling financial history? Aston Martin has skirted with bankruptcy on numerous occasions. Well, it may be to do with Lawrence Stroll’s secret weapon.

If we wind the clock back to Stroll’s takeover of Force India, the words “Stroll” and “a consortium” went hand in hand. It was claimed at the time Stroll was investing the largest amount and the consortium was a smokescreen to avoid the accusation the purchase was purely to secure a F1 drive for his son Lance and not a sound business investment.

Although they have an accumulated wealth of billions, with Chou and Stroll the wealthiest at approximately $2billion apiece, they all lack the expertise required for the successful management of a car manufacturer.

So Stroll, the ultimate deal maker, required additional expertise and much-needed financial clout if the consortium were to launch a bid for Aston Martin.

Step forward yes, another billionaire, but fitting for an iconic British brand not another Canadian, but a lord of the realm in one Anthony Paul Bamford, Baron Bamford. Chairman of the construction manufacturer JCB (famous for their yellow diggers), his wealth is estimated at $4.9 billion, making him wealthier than Stroll and Chou combined.

Bamford is a confirmed petrol head and like Stroll he is a collector of vintage Ferraris, including two 250 GTO’s. He also once owned the 1954 Mercedes-Benz W196 grand prix car raced by the five-time world champion Juan Manuel Fangio.

JCB also made the Dieselmax car, powered by two JCB engines this was a diesel-powered vehicle that traveled at 328mph, a new land-speed record beating the existing land-speed record for diesel vehicles by more than 90 mph.

The Daily Mail newspaper once famously dubbed Bamford and his wife Britain’s “blingiest couple”, claiming that when it comes to flashing the cash — glitzy (and slightly ghastly) friends, ritzy parties, lavish mansions and more cars than you can count — the Bamford’s make Gatsby look positively restrained in 2016.

Bamford may fit the F1 lifestyle image, but he is a serious and highly successful businessman often credited with being ahead of his time with JCB’s strategic planning, their early involvement in China being a prime example.

Additionally, this is not Bamford’s first attempt at gaining a British icon as back in 2006 he tried to buy Jaguar from Ford but walked away when Ford insisted Land Rover had to be part of the deal. Strange as you would have thought JCB and Land Rover were a good fit, but maybe Bamford was fed up with industrial vehicles and wanted his hands on something more exciting.

Interestingly, Ford also offloaded Aston Martin which it owned at the time to Dave Richards, owner of motorsport firm Prodrive and his Kuwaiti investors. Prodrive applied for a F1 team entry in 2010 with the Aston Martin racing brand but was unsuccessful.

With Bamford and his chequebook onboard, Stroll’s consortium became the second-largest shareholder in Aston Martin. This led to the announcement that Aston Martin would enter into a five-year deal with Racing Point starting in 2021.

I think Wolff decided to join the party reassured by Bamford’s financial commitment and relevant business acumen. Wolff is hedging his bets and keeping all options open as he negotiates his somewhat tricky future contract with Ola Källenius, Chairman of Daimler.

Daimler, who are a shareholder in Aston Martin and their largest supplier, seem on the surface quite relaxed about Toto’s investment. It was revealed in the recent share prospectus Daimler has a veto over any future investment partners and chose not to block the Austrian’s purchase.

In an interesting twist Stroll and his consortium own 20% of Aston Martin but the largest shareholder is Italian private equity firm Investindustrial.

Remember you read it here first.