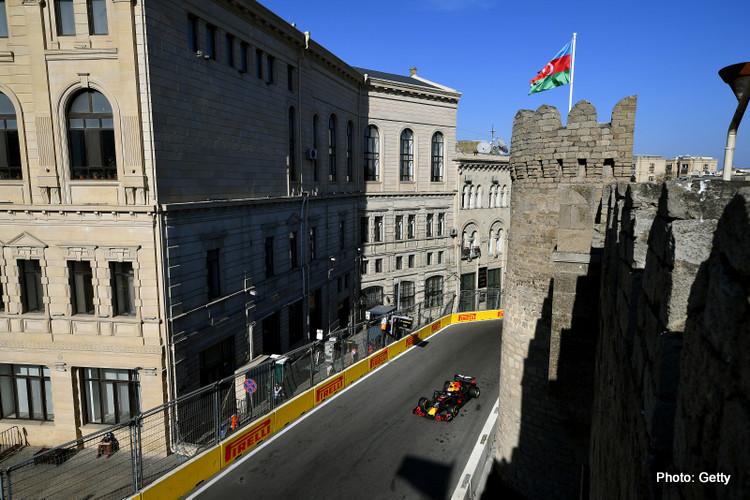 The postponed Azerbaijan Grand Prix is in a race against the clock to confirm its spot on the 2020 Formula 1 calendar, according to Baku City Circuit executive director Arif Rahimov.

Unable to be held in its original June 7 calendar-spot due to the COVID-19 pandemic, Rahimov has now revealed the difficulties that might preclude the event being rescheduled.

“In our case, it is still uncertain whether or not we will be able to host the event,” he told Forbes. “We would need at least a 10 to 12 week lead time to be able to prepare for the race that has to be run before the weather becomes unpleasant (mid-October).”

As a result, Baku would need to know by mid-August at the latest whether F1 can go ahead — although it is a decision that depends as much on the situation in other countries as it does Azerbaijan, which has had only 1,398 confirmed cases.

Other European countries with a grand prix, and particularly the three countries where F1 teams are based — the UK, Italy and Switzerland — would all need to have made significant progress in combating the disease if Rahimov is to invest not just the time, but the approximately $30 million needed to turn the historic Baku streets into an F1 circuit.

“We have generally had an agreement with F1 that we will only confirm our date in the calendar once the threat of another cancellation is past,” he said.

“If we can satisfy those conditions, I believe we can host another great race with no significant negative impact on the ticket sales.”