Horner: New regs should be pushed back to 2023 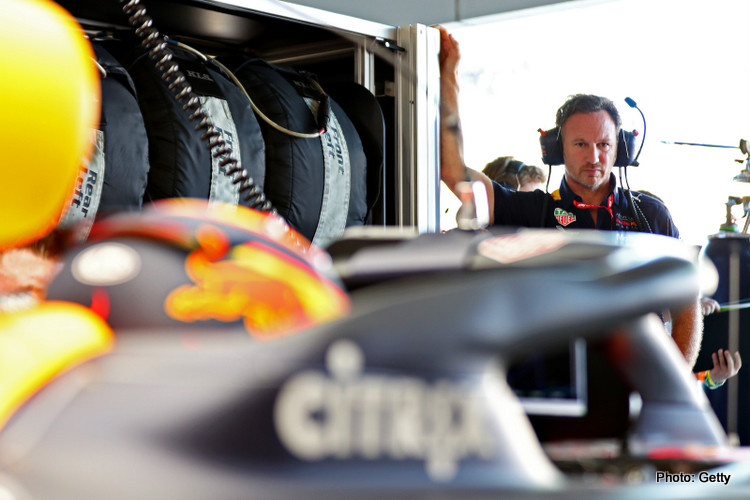 Formula 1 should further delay the introduction of its new regulations until 2023 if it wants to ensure the financial well being of all teams on the grid, says Red Bull boss Christian Horner.

Already pushed-back to 2022 by the COVID-19 pandemic, Horner feels that teams will still be suffering the after-effects of the crisis as they go about building entirely new cars in 2021.

“As dear old Ron Dennis used to bang on, if you want to save costs in this business, don’t change anything, and he was absolutely right,” Horner told Sky Sports F1.

“That’s why I have a slight problem in introducing a complete overhaul of the car for 2022. There’s not a single component that is a carryover from 2021 into 2022.

“We’re going to be forced to go tyre testing and build mule cars, and it just seems an unnecessary pressure on the system to put that cost into 2021. I would have pushed the rules back a further year into 2023.”

According to Horner, Ferrari and some of the smaller teams are against his proposal because they believe the new regs will help reset the competitive balance.

“If you’re a team, Ferrari, for example, are saying ‘Yeah, from a cost point of view we get it, we agree, but our car might not be that competitive. We want a clean sheet of paper.’

“Of course, all the teams further down the order think that a clean sheet of paper will change the pecking order. The reality is that it will change nothing, but it will impose an awful lot of cost drivers into the business next year.”

Elaborating on the topic of “cost drivers”, Horner explained his belief that the addition of a budget cap in 2021 does not help alleviate the financial strain the new regs will place on smaller teams, who could be better served by temporarily lifting the restrictions on customer parts.

“If we were to go to a complete extreme, I would have no issue at all for a short-term period, for one or two years, to say to the smaller teams – ‘you know what, let’s get rid of all of your R&D costs, let’s get rid of everything, you just need to be a race team, and we will sell you our car in Abu Dhabi [at the end of the year]. Take that car!’

“And that would be the quickest way to be competitive at a low cost.

“Now that would probably deal with four of the teams. Haas you would think, AlphaTauri for sure, Sauber [Alfa Romeo], probably Racing Point. They’re all trying to copy each other’s cars anyway.

“And then that leaves those teams in the middle sector – McLaren and Renault – that are the odd ones out, but it’s always going to be impossible to get a compromise that suits everybody.

“A lot of the focus has been put on the cap at the moment when it’s actually the cost drivers that are where the most emphasis needs to be.”