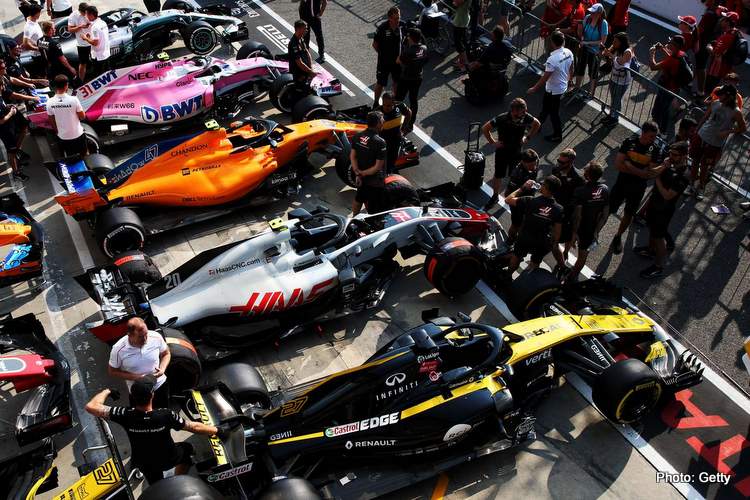 Formula 1 could see a further changes to its incoming budget cap for the 2021 season, with support building for incremental reductions in the latest round of crisis talks on Thursday.

An immediate concern with teams suffering under the financial strain of the COVID-19 pandemic, an agreement had been made several weeks ago to lower the original $175m cap figure to $150m, but progress on any further reduction — as desired by the smaller teams — has been difficult to come by.

Per reports from Thursday’s video conference — which was attended by F1’s Chase Carey and Ross Brawn, FIA president Jean Todt and the F1 team principals — a possible compromise is a cap with incremental reductions over the next two seasons, starting at $145 million in 2021 before being lowered to $130m in 2022.

That $130m figure is the number the FIA had used when originally proposing the cost cap in the 2018 season, thus representing a return to the original vision the governing body had for the future of the sport. However with the big three teams (Mercedes, Ferrari and Red Bull) having already planned their development for 2021, it was accepted that they would need more time to downsize.

As for the big three’s previous proposal of a two-tier supplier/customer budget cap, that appears to be dead in the water, although whether they are completely on-board with this current proposal remains to be seen.

Additionally, a further parity measure was discussed in the form of a limitation on wind tunnel and CFD usage for a season’s most-successful constructors in the following year, whoever they might be.

Finally, after having promised earlier in the day to produce a revised 2020 calendar, it is believed that Austria is now being targeted for the season-opener given the country has started to ease its lockdown measures, to be potentially followed by multiple races at Silverstone in the following weeks.