Seidl: This crisis is a final wake up call for Formula 1 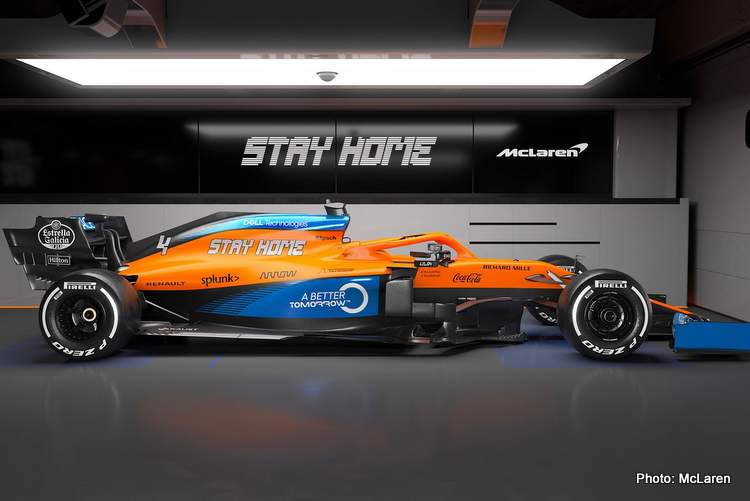 The COVID-19 crisis is a final wake-up call for an already ‘unhealthy’ Formula 1 which risks losing teams unless drastic changes are made, McLaren team principal Andreas Seidl has warned.

Echoing his boss Zak Brown, who warned earlier this month that up to four of the 10 teams could disappear if the situation was not handled correctly, Seidl made clear there was no scaremongering going on.

“It’s not just the fear, I think it’s reality,” he told reporters on a video conference call. “There’s a big risk that we could lose teams through this crisis.

“I think the crisis we are in now is, let’s say, the final wake-up call… the sport which was unhealthy before and not sustainable has now reached a point where we need big changes, drastic changes.

“I don’t see any signs that Formula One will not exist in the next year,” he added. “The biggest risk that I see is that we will lose teams if we don’t take decisive actions now.”

McLaren are one of five British-based teams to have furloughed staff in response to a global pandemic that has stalled the season.

Seidl said McLaren, whose group includes the sportscar maker, were simply doing what was necessary to get through the crisis.

The opening race in Australia on March 15 was cancelled after a McLaren team member tested positive for the virus in Melbourne, with Monaco also axed and seven races so far postponed.

Formula One teams rely on their share of the sport’s revenues, which come mostly from broadcasting deals, race hosting fees and sponsorship.

The sport hopes to start up in the European summer and is aiming for 15-18 races, possibly behind closed doors and potentially into the New Year.

“It’s important to make now big decisions, to make another big step in terms of the level of the budget cap of the future,” said Seidl.

“We think it’s absolutely important now with all the financial losses that we will face this year, the magnitude of which is still unknown.”

Teams have agreed on a $150 million budget cap for 2021, still well above what some smaller teams spend but significantly less than Mercedes, Ferrari or Red Bull operate on.

There is a push for a reduction to $100 million, a figure Seidl said would still allow Formula One teams to produce the fastest car on the planet.

“I think $100 million is a good number to run a Formula One team in the way we want to see Formula One,” he added.

Ferrari, who like Mercedes sell their engines to other teams, are reluctant to go that far and want the cap to reflect the investment they have to make.

Formula One has taken other measures already to help teams get through 2020, postponing major rule changes from 2021 to 2022 with teams using the same cars next year as this.

The teams are currently on a factory shutdown, with the August break cancelled to allow maximum flexibility for rescheduling.