Giovinazzi: Fans can support us on the sofa 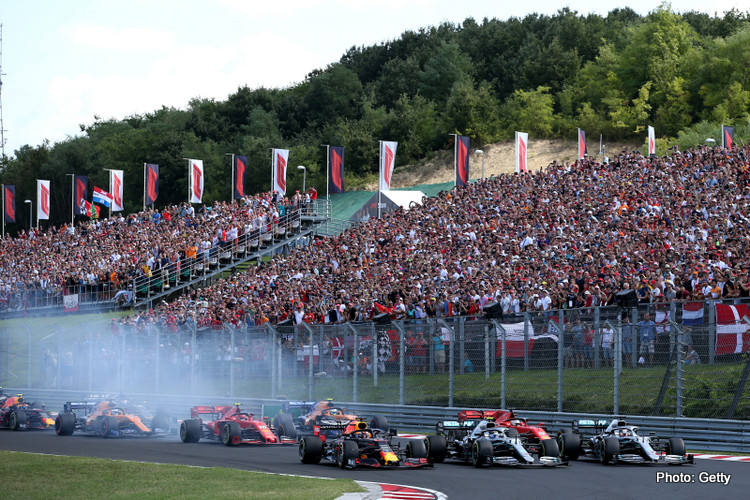 Formula 1 should begin its season behind closed doors amidst the continued threat of the coronavirus, says Alfa Romeo’s Antonio Giovinazzi.

The Italian, who is currently in isolation in Monaco, believes that allowing fan attendance whenever the season gets underway would be an unwise choice.

“The main thing is to race in a safe mode and one [way] is to have no people at the track,” he told Sky Sports.

“For sure it will be really different — people coming to support us is an extra boost for every driver.

“Of course they will support us on the sofa, but I think [if we are] to start soon, to start without people is a safe way to race.”

As things stand, the first nine races of the season have been either postponed or cancelled in response to the COVID-19 pandemic, with many countries having locked-down all but essential services for the immediate future.

Currently the 2020 F1 season is set to get underway at the French Grand Prix on June 28, although with French president Emmanuel Macron having recently extended restrictions on public gatherings until mid-July, it is expected that race will soon share the fate of the nine before it.

Largely dependent on ticket sales for their revenue, it is believed race promoters are hesitant to hold grands prix behind closed doors, although both F1 CEO Chase Carey and managing director Ross Brawn have been vocal about their desire to race in 2020, regardless of fan attendance.