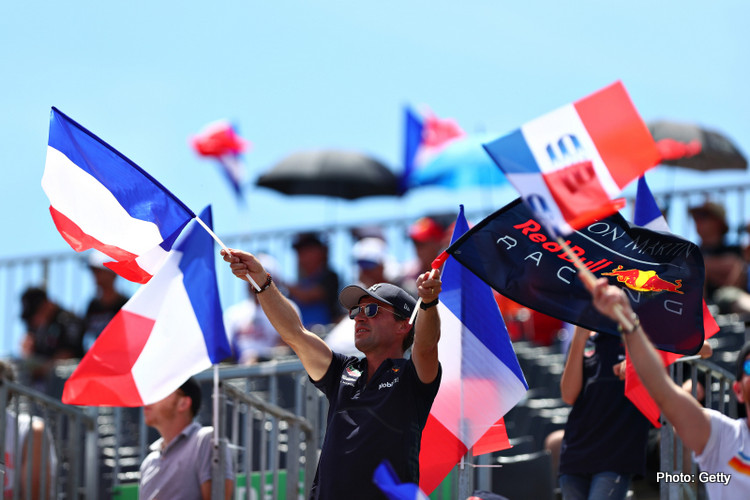 The 2020 French Grand Prix is set to become the next casualty of the ongoing COVID-19 pandemic, with restrictions on public gatherings in the country extended past the race’s scheduled date of June 28.

Despite hope to the contrary, the race’s fate has essentially been decided by French President Emmanuel Macron’s announcement on Monday that restrictions on public events will be extended to mid-July.

“Big festivals and events with large public gatherings cannot take place before mid-July at the earliest.

“The situation will be evaluated collectively from mid-May, every week, to adapt things and give you visibility.

“Our borders with non-European countries will remains closed until further notice.”

As a result the race, which is held at the Circuit Paul Ricard in Le Castellet, will become the tenth grand prix of the season to be removed from the 2020 calendar, although the expectation is that Formula 1 will make an attempt to re-schedule the race as part of CEO Chase Carey’s desire for a “15-18 race” schedule.

In any case, the 2020 Formula 1 season is now set to begin on July 5 at the Red Bull Ring in Austria.