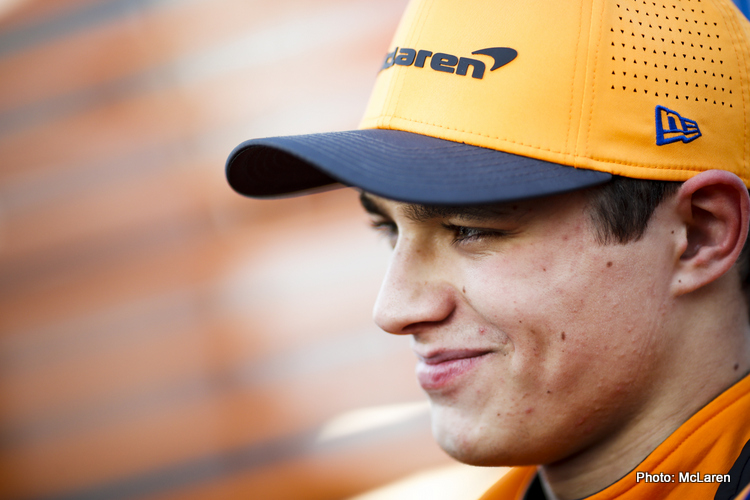 Lando Norris has taken a voluntary pay cut while his McLaren team furlough staff in response to the COVID-19 pandemic but Britain’s youngest-ever Formula 1 driver is gaining in other ways from the sporting shutdown.

The 20-year-old has raised his profile considerably, particularly with a younger audience, through prolific online racing activities that could reap real rewards further down the road.

According to analysis by Nielsen Sports, Norris’s social media following has grown faster than any other F1 driver in the past few weeks.

“He is the tech nerd of modern-day society,” quipped Renault rival Daniel Ricciardo in an Instagram Q+A session with fans that Norris also popped up on. “Not trying to be mean. He’s everywhere.”

A sign of the times, with F1 yet to start its season and a string of races postponed, came when more than 36,000 people watched a livestream of Norris shaving his head at home on Twitch to fulfil a charity pledge.

“Lando seems to have struck a chord with the esports stuff and I think the resurgence of McLaren as well has helped,” Nielsen Sport’s Nigel Geach told Reuters, referring to the team’s fourth place finish last season.

“There’s a lot of interest and he seems to have done it more than most of the drivers. I think people will follow on from that as well.

“I think it could filter down to the physical side, getting more attendees at the grand prix.”

Norris belongs to a generation that has grown up with virtual racing and has a top-of-the-range simulator in his living room.

With esports exploding to fill the void left by the lack of track action, he has been a standout across a range of platforms — competing in iRacing, Veloce Esports events and official F1 virtual grands prix streamed on Twitch.

Norris’s Twitch account drew more than 77,000 viewers at its peak for F1’s virtual Vietnamese Grand Prix last weekend, even though he had technical problems and failed to start.

Much of the appeal comes down to an infectious and impish personality — the Briton calling up team mates and rivals on his mobile for some light-hearted banter before and during a virtual Bahrain race last month.

“I wanted to call the person who got the most experience from last year starting on the back row of the grid,” he informed Russell, whose Williams team were last in 2019.