Brown: Teams against cap reduction are playing with fire 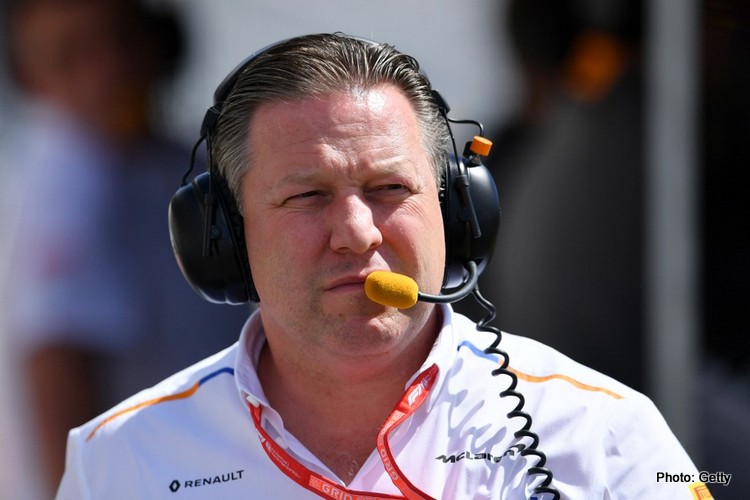 Formula 1’s biggest spenders need to consider what is good for the health of the entire grid and not just themselves, says McLaren CEO Zak Brown.

A hot topic at the latest round of crisis-talks between F1 bosses on Monday, it is believed McLaren is leading calls for further reductions on F1’s soon-to-be-introduced budget cap, but has been met with resistance from at least two major teams — reportedly Ferrari and Red Bull.

Under the original agreement, teams were to have a $175 million cap on spending from the 2021 season onward, but the financial realities of COVID-19 have led all to agree to reduce that number to $150m.

However as Brown told Sky Sports F1, that number should be lowered to at least $130m to ensure the entire grid’s survival.

“We’re fortunate that the majority of the owners in Formula 1 have the means to continue and get through this, which is a very big speed bump,” he said. “However, if they don’t like what Formula 1 looks like coming out of this, then what’s their motivation to stay in the sport?

“From a McLaren standpoint, we’re quite a big brand, an iconic team, but we don’t have an unlimited chequebook. I’ve got the boundaries with which I’ve been tasked by our shareholders, I need to create value for them. What I don’t have is the ability to continue in F1 at any and all costs.

“But if I can go back to my shareholder base and say, this has impacted all of us but F1 is going to be an economically more viable sport, a more competitive sport, then I’ll get a tremendous amount of support to get through this.

“Without 10 teams or at least 9 teams you don’t really have Formula 1. So I think these, it’s really a couple of teams, need to be very careful because I think they’re playing with fire. It takes a full grid to have a sport.”

In addition, Brown believes a lower cap figure would not just keep the lesser-funded teams in F1, but give the sport itself a boost by making it more competitive.

As to the issue of big teams’ opposition, Brown essentially challenged them not to run away from a fair fight.

“I think they need to be confident in their capabilities. It’s a huge marketing platform for those two teams so I understand why they want to keep the fiscal balance where it is now.

“But in sport you kind of want to think everyone can fight fairly, and may the best team win. I still think the biggest and best teams, biggest brands, are going to attract the best drivers, the best engineers. Right now the gap between the front and back is seconds, and in IndyCar it’s tenths.

“We shouldn’t have to rely exclusively on [weather and Safety Cars] to have an unpredictable race. It should be that another team can have a better strategy, catch the Safety Car at the right time, capitalise on someone having a bad pit-stop.

“I think [the top teams] need to have confidence. It’s like a heavyweight only trying to fight middleweights. These are great teams, they should be prepared to fight everyone on more equal terms.”