Binotto: Maybe the answer is not a single budget cap 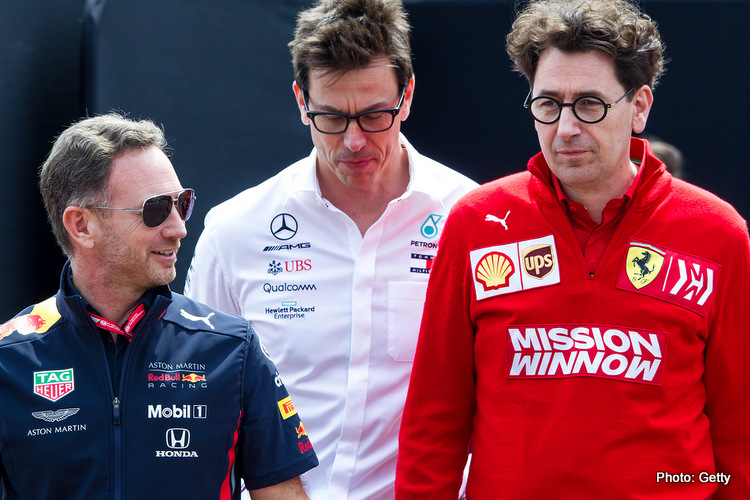 Formula 1 has to consider the “different situations” some teams find themselves in before rushing into the “emotional” decision of an across-the-board reduction in the incoming budget cap, says Ferrari boss Mattia Binotto.

Following from reports earlier in the week that the big-three teams — Ferrari, Mercedes and Red Bull — were unwilling to further move the cap number below the $150 million number (down from $175 million) already agreed upon, Binotto has explained just exactly why his outfit is opposed.

“We are discussing a budget-cap reduction but we should not forget in doing that exercise that we’ve got different structures, and different assets,” he told Sky Sports F1. “There are teams which are constructors like Ferrari and other top teams where we are designing, developing, homologating and producing each single component of our cars.

One proposal put forward by the big three in Monday’s meetings was for supplier and customer teams to share development costs, with the former having a certain amount added to their budget, and the latter having the same amount subtracted from theirs.

That said, Binotto said he was “fully aware” of the need to reduce costs in order to “make sure each single team is surviving”, but warns that “we should avoid being emotional at the moment”.

“We know that we will face difficult situations but we need as well to somehow maintain the DNA and the essence of F1, which is competition, and we should not forget that about F1 and motorsport.

“So I think it’s important to look at the details but make a rational decision which has been based on considerations and not emotions.”

As to the matter of the 2020 season itself, Binotto conceded he had no knowledge of when racing could resume, but was hopeful a championship of some sort would eventually take place.

“F1 is certainly trying to organise the best season, maybe starting early July if that would be possible but we cannot have any confirmation at the moment. But I think by the end of May we will have a clearer picture.

“It is important to be flexible and making sure we can have good races as well for the fans.”