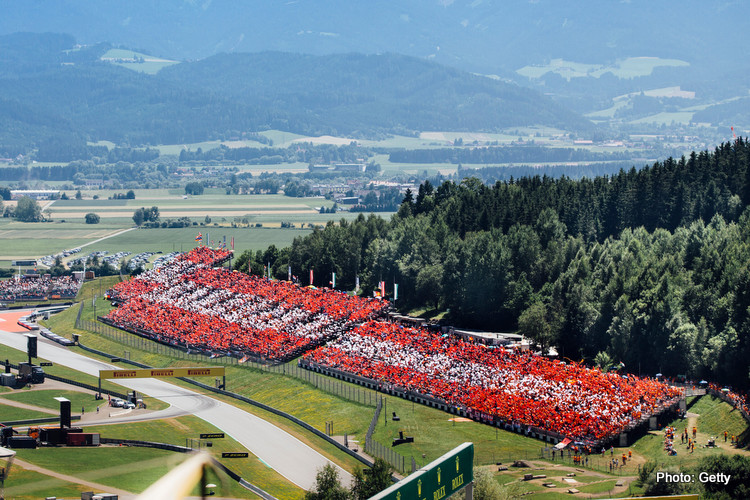 The Red Bull Ring in Spielberg, Austria could be an option should Formula 1 decide to hold multiple grands prix at the same venue, says Red Bull’s Helmut Marko.

While the world remains on lockdown in order to curb the spread of the coronavirus, F1’s various parties are keen to get at least an eight-race season together in order to ensure a championship — and the financial boost of TV rights and sponsorships that come with it — takes place.

And while such plans remain out of F1’s hands for the moment, one proposal should restrictions be loosened is for multiple races to be held at the same venue, with Silverstone having been the first track to offer its services last week.

Now, Marko has indicated that his team’s home circuit is willing to do likewise.

“It’s a matter of negotiation with Liberty, it depends on how it looks in the rest of Europe.”

At time of writing, there have been 12,461 cases in Austria, although the number of daily new cases has been on a steady decline since March 31.

Nevertheless, Marko concedes that even if his country is able to successfully curb the spread of COVID-19, the arrival of F1 would still depend on similar progress being made elsewhere.

“It won’t help if the travel restrictions in the rest of Europe are such that no one can enter without being quarantined.

“You’ll have to wait and see, we’re not alone in the world,” he admitted.

As things stand, the Austrian Grand Prix is set to be held July 5, as the third race of the 2020 season.