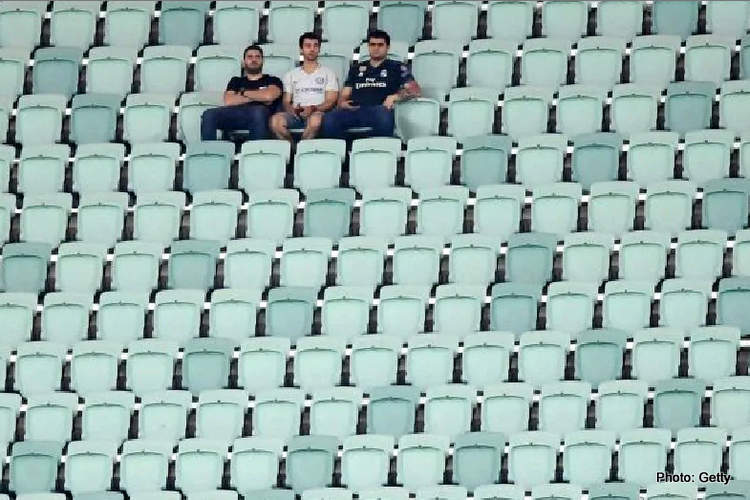 While Formula 1 is set to count the massive losses of a season that never got going, with teams and organisers bracing for financial challenges that could take down many victims amid and in the wake of COVID-19.

But F1 is not alone, as football’s governing bodies continued to scramble a response to the coronavirus crisis as Premier League chief executive Richard Masters warned the pandemic could cost the competition and its clubs €1.1-billion.

FIFA announced measures designed to extend players’ contracts and establish a transfer window based around any new calendar, and the Professional Footballers’ Association insisted its members will “play their part”.

The stark financial warning came from Premier League chief executive Richard Masters in a letter to Julian Knight, the chair of the Digital, Culture, Media and Sport committee.

Masters wrote: “We face a £1billion loss, at least, if we fail to complete season 2019-20, and further losses going forward if the seriousness of the pandemic deepens and extends into the future.

FIFA approved the extension of player contracts until seasons are able to finish, with the coronavirus pandemic also seeing transfer window dates moved this summer.

FIFA said “it is proposed that contracts be extended until such time that the season does actually end”, while deals due to come into force in the next campaign would be “delayed until the next season actually does start”.

“They’ve all agreed to play their part,” Taylor told BBC Radio 4’s Today programme, adding that players are “responsible enough” to know wages are a factor in any club’s expenditure.

The Black Cats became the second Sky Bet League One club after Portsmouth to utilise the Government’s job retention scheme to cover 80 per cent of employees’ wages, up to a maximum of £2,500 a month.

Sunderland added there was “no intention to ask any players or staff to take a wage reduction or deferral on their salary” and that all employees will be paid in full.

A statement on the club’s official website read: “Sunderland AFC can today confirm that its first-team players, contracted academy players and backroom staff have recently been placed on furlough leave due to the ongoing impact of the Covid-19 pandemic.

“A small number of staff, including manager Phil Parkinson, continue to work from home, and the club’s priority remains the health and wellbeing of its players, staff, supporters and local community during this unprecedented period.”

A statement from organisers read: “As the situation remains in a state of constant evolution, new dates for these grands prix, as well as the recently-postponed French and Spanish GPs, cannot be confirmed until it becomes clearer when exactly it will be possible to hold the events.”

The Mercedes F1 team will start delivery of up to 10,000 new breathing devices to the NHS this week – part of F1’s Project Pitlane scheme to help fight coronavirus.

Olympic champion Adam Peaty will take part in a virtual bike race on Wednesday to raise money for the NHS.

The 2016 gold medallist will race the 100km ride along with Commonwealth Games boxer Callum Johnson at 10am via virtual racing platform Zwift.

The 25-year-old was preparing to defend his 100m breaststroke crown won at Rio four years ago before the 2020 Tokyo Games were postponed.