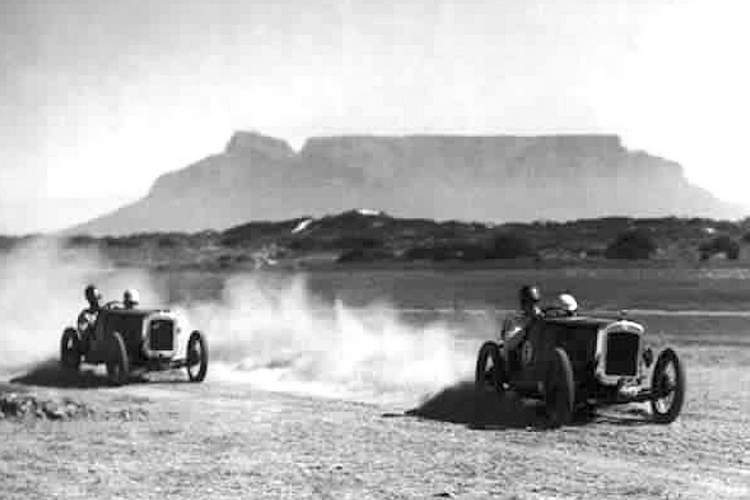 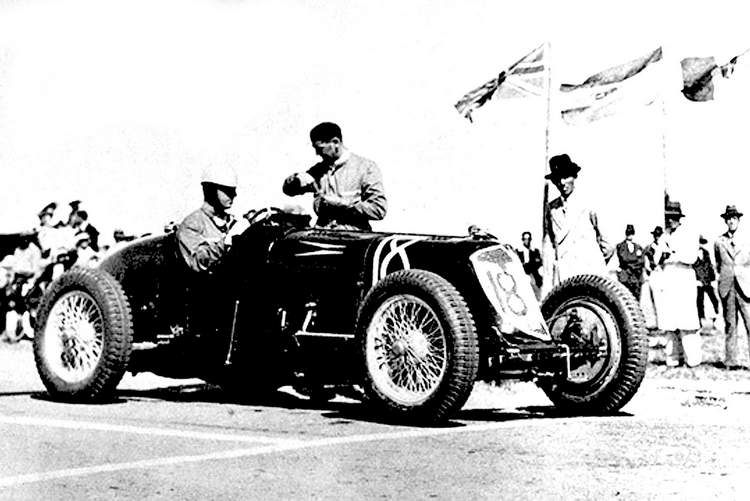 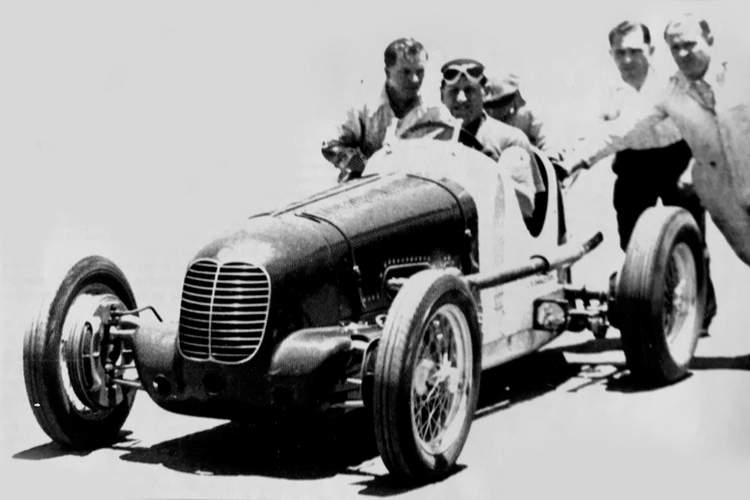 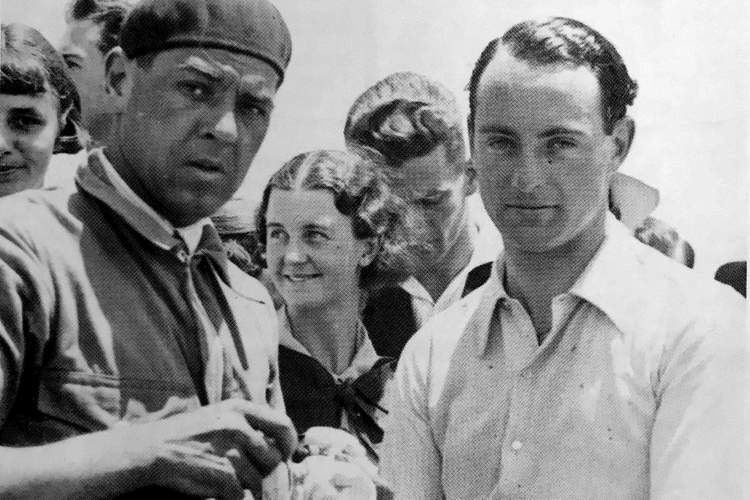 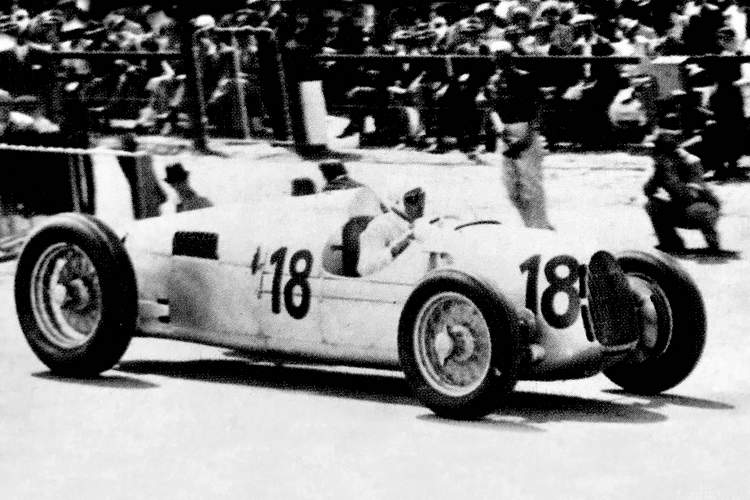 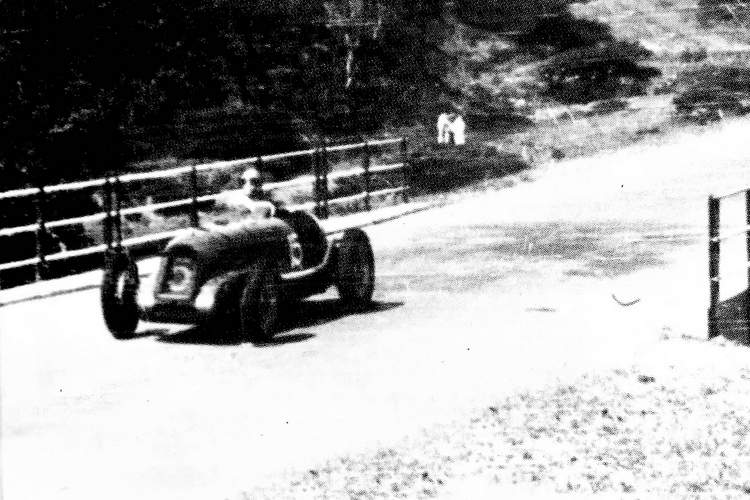 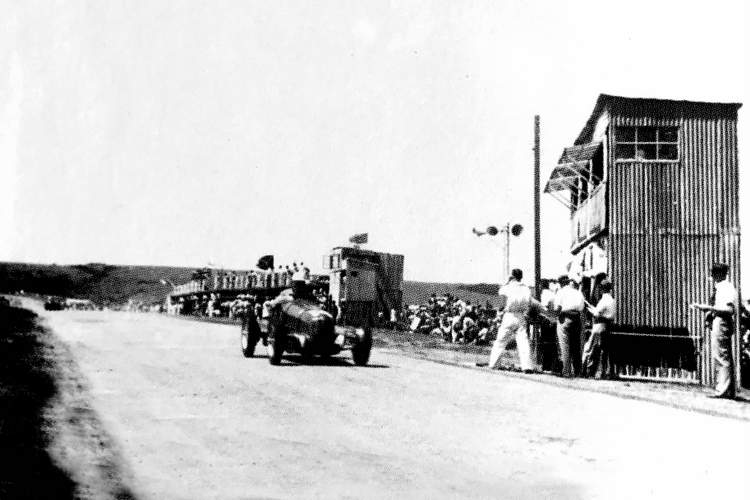 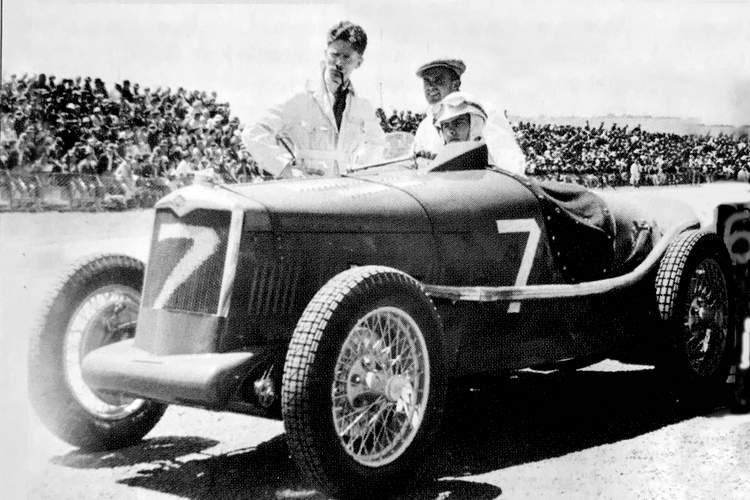 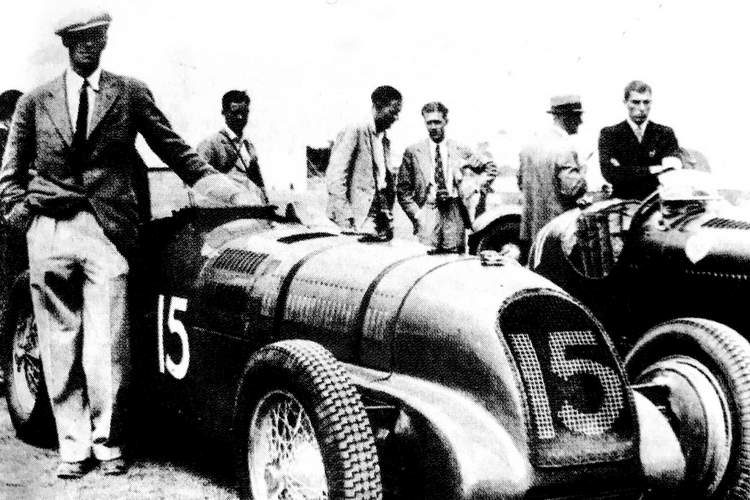 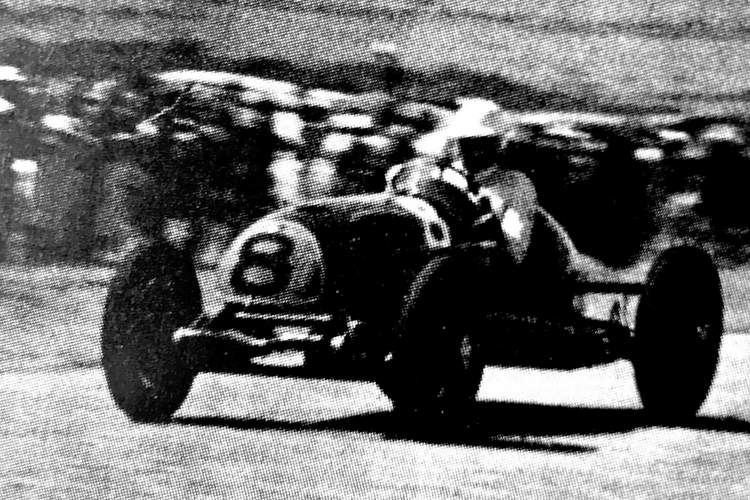 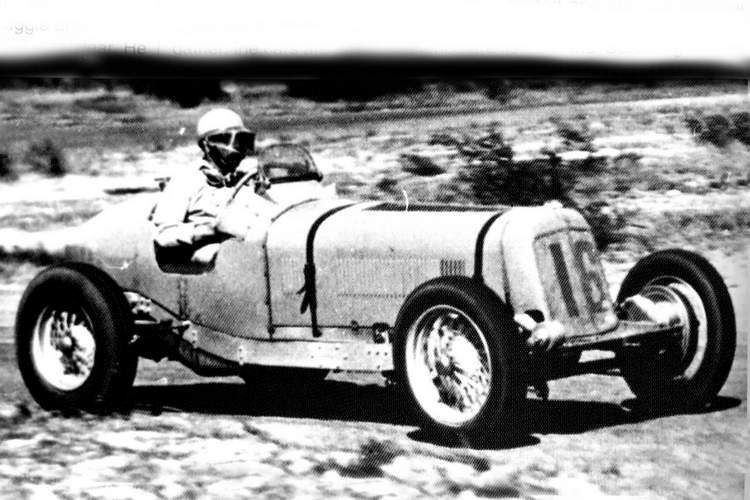 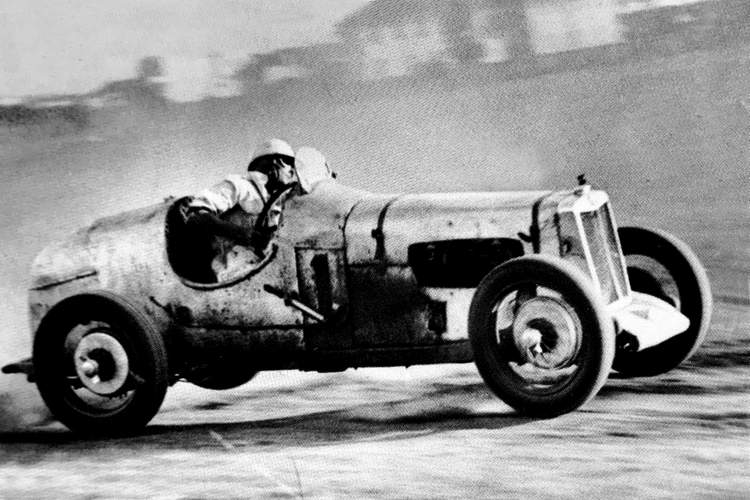 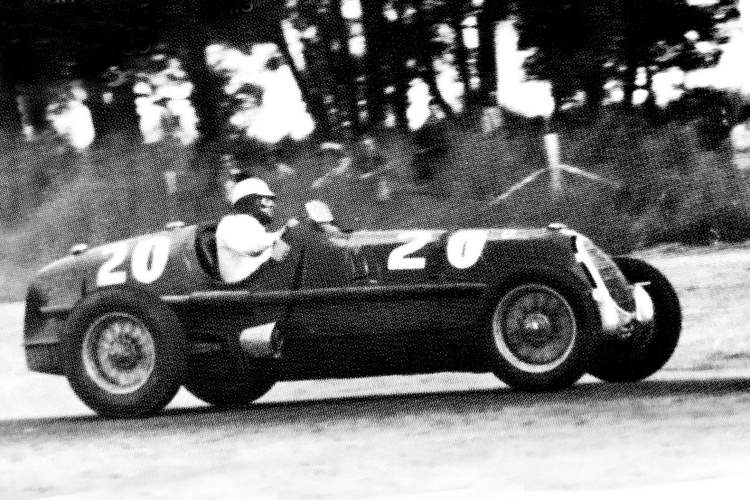 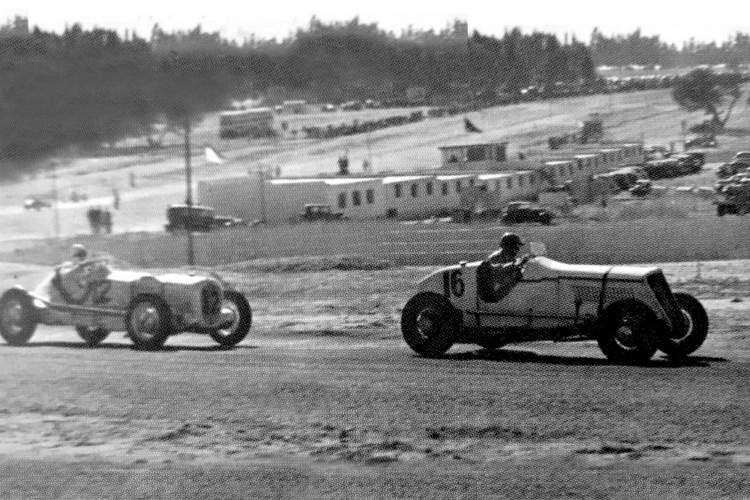 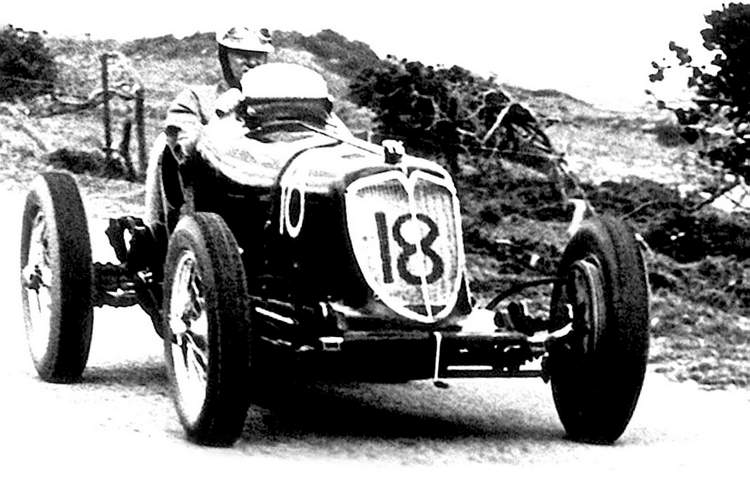 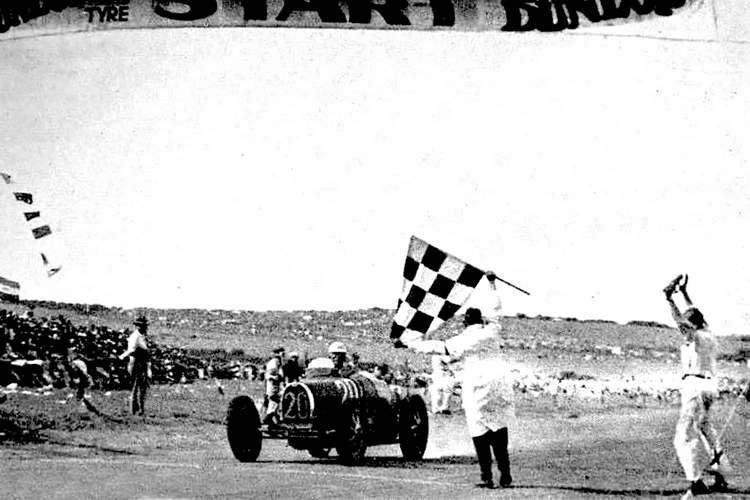 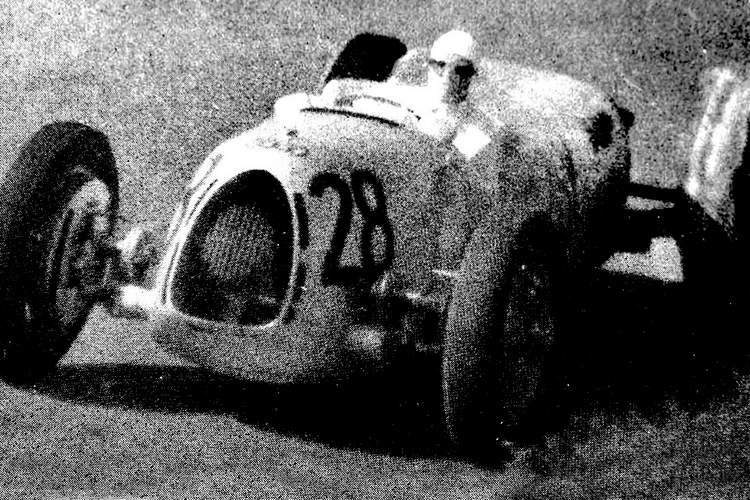 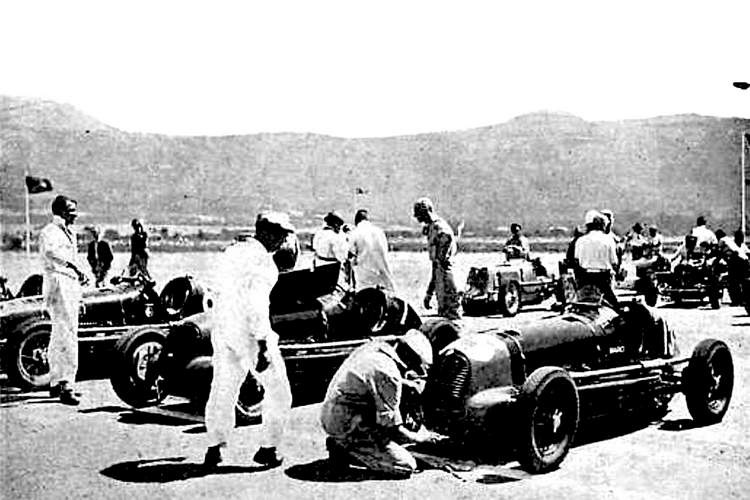 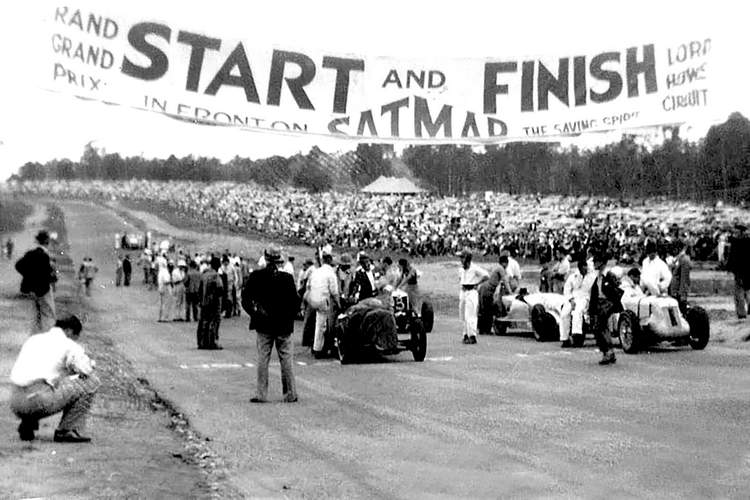 Did you know that South Africa had the unique distinction of its own Formula 1 Championship? The South African Drivers Championship ran between 1953 and 1986 and from 1960 to ’75, it ran to FIA Formula 1 regulations.

This series will not only follow that quite incredible fifteen-year F1 story, but it will also follow the roots of South African single-seater racing as well as SA’s rich and splendid Grand Prix history, before moving on through the more recent past to the present day in what we trust will prove an epic 90-year journey. So, sit down, strap in, hold on and enjoy the ride!

South African motor racing developed slowly through to the early 1930s – it began with the formation of the Royal Automobile Club in 1901, celebrated by an inaugural run later that year before the first car race at the Green Point cycle track in 1903 and then the Houw’s Hoek Reliability trial shortly after.

Inter-town travel records were soon under siege too – Count de Reverta rushed 2025km from Johannesburg to Cape Town in 11-days in 1905, while the Muldersdrift Hillclimb proved hugely popular in 1912. Competitors ‘performed lurid slides, kicking up great clouds of dust to create a great spectacle’, starting a trend for similar races around the country.

Just before World War 1 intervened, a 3-lap high-speed Transvaal Automobile Club trial near Baragwanath ended in tragedy when the 1913 event turned into more of a race, which led to Paddy Adair rolling his Vauxhall and killing two passengers.

After the war, South African motor racing comprised the occasional club and sand race, a hill climb or two and dicing on the Brooklands earth track on the old Pretoria Road and in Rietvlei in the Cape. Intertown records also attracted fair bit of attention in the late ‘20s and early 1930s.

Gordon Collins for example averaged 115km/h on a clandestine jaunt from Johannesburg to Pietersburg, Mackenzie set a 7-hour 3-minute record for the 650km run from Jo’burg to Durban and Broderick trekked 1540km from Cape to Jozi in 17 hours 15 minutes.

Racing became a bit more serious with a race on SA’s first racetrack in Kimberley, where K Wetter started first on Handicap in his Austin 7, pursued by Jack Whitehead’s MG, Rosengana’s Terraplane and MacKenzie’s Ford V8 Special among 14 others, but it was Sonny du Toit’s Adler that emerged victorious on the Alexanderforntein-Paaredeberg dirt track.

It all changed in 1933, when new East London Daily Dispatch motoring editor Edward ‘Brud’ Bishop needed to fill his generous car pages in the Border rag. “Motor racing has been the preserve of old established, thickly populated countries,” Bishop wrote.

“In Europe the racing driver, with his complicated machine, has the factory behind him and large populations mean a crowded programme of rich races, every week during the season, so he has every chance of winning enough prize money to justify paying for his pricey racing machine – or factories to justify building the cars.

“By comparison, there is little encouragement for a driver in South Africa to entertain racing seriously – the racing car factories are 6000 miles away and there is little opportunity here for practice. “So, in 1933, I had to begin a campaign for Grand Prix racing right away.

“On the west bank of the Buffalo River there had existed the main road to Peddie, running parallel to the coast about 3 miles inland and a corresponding coast road finishing at Leach’s Bay. “In 1933 Council had completed a sound proposal to join these two ‘legs’ purely with the idea of making a paved circular pleasure drive for visitors.

“It was to report upon the 15 miles circle of road from this aspect that I drove around it after its completion and as a stunt newspaper man, with gaping columns of a weekly motor feature to fill. ”It was the racing aspect of the new road that impressed me most forcibly – here unconsciously evolved one the finest natural road racing circuits in the world.

“So positive was I that, from that moment began to emanate from my office a stream of endless publicity to all South African newspapers. “I was a lone pilgrim on this new venture for some weeks. “Gradually, I got the authorities suitably dazed with publicity and happily, East London was wide awake enough to sense the potentialities of the affair…”

With the authorities convinced, Bishop set about seeking international recognition and sent a good deal of publicity to European motor papers and even the London dailies: “Out of the blue dropped a cable from England from no less a highlight than Whitney Straight suggesting an appearance of himself, RJB Seaman and his brother Michael.

“We had arrived – our isolated little race had become an international event and we applied to Paris for permission to entitle our race the Grand Prix of South Africa and for it to appear on the International Sporting Calendars.” The race became a huge community effort for East London as a literal army began work preparing for the race.

Straight flew Seaman and his brother in from England aboard his own aircraft and proved ‘a capital chap and a grand showman’. His supercharged 2.9 litre GP Maserati, Straight’s supercharged MG Magnette and Richard’s 3-litre Railton Terraplane arrived by ship.

Add to them, James Clarke in a Riley, Williamson’s Frazer Nash, AS du Toit driving an Adler, Roy Barker in a Singer and VC Berrange’s DKW. The country’s first international race was run on handicap over six laps of the 24km Prince George Circuit on 27 December 1934.

“Strictly speaking, the majority of the South African entries were hardly adequate for racing,” Brud Bishop summed it up. “But they had been built up with loving care and the right spirit as East London’s Grand Prix gamble proved a conspicuous success to shatter all sports attendance totals in Southern Africa.”

The little Border port city had never been so full, as forty-two thousand people watched Neville Meyer lead off in his little Austin 7. Five cars had already completed the first lap before Whitney Straight made tyre-protesting getaway and roared off in his black Maserati, 22 minutes and 24 seconds after Meyer.

Straight had made up a minute and 45 seconds over Seaman on his first lap as Berrange led Meyer, Whitehead, Slabber and Clarke. Williamson crashed his Frazer Nash into the prickly pears after the Leach’s Bay Bridge and required two days of pretty Frere Hospital nurses and tweezers to extract the thorns…

Straight turned in a scorching 156km/h second lap as James Clarke’s Riley led from Slabber and Case, with the faster cars catching them fast. There was a great cheer as the black Maserati moved into second after five laps, but Clarke had asked too much of his little Riley as Queentsown motor salesman Case moved into the lead.

Do what he could, Case could not hold Straight at bay as the grand prix Maserati quickly gained on the home-crafted Ford V8 special and the black car moved ahead midway around the final tour to storm home and win by two minutes. Home hero Case held on to second from Michael Straight’s angular Railton as seven of the 18 starters finished the race

The die was set – South Africa was smitten with Grand Prix motor racing and other races soon attracted entries too – inspired by JH Case’s Grand Prix performance, Jack Whitehead built himself a Ford V8 Special and raced it to victory in the 1935 Kimberley 100 at Alexandersfontein.

There was no ’35 race, simply because the Grand Prix happened on New Year’s Day 1936 rather than in December as it did the previous race and it ran on a shorter 17km track that included Potters Pass.

Starting last, Wimille drove a magnificent race, lapping his T59 at over 160km/h early on, but he had neither factored in a slippery late race squall or the experienced Italo-South African Mario Massacuratti ‘s older Bugatti T35B.

‘Mario’ held Wimille off to take a great home victory with Pat Fairfield’s ERA third, all the more extraordinary considering that the winning Bugatti had stripped ite second and third ratios early on, forcing Mario to nurse his car home in top gear.

Racing was meanwhile on the up in the Orange Free State, as Jack Whitehead raced his Ford V8 Special to another win at the Bloemfontein 50 at the new Brandkop racetrack in May, before CD Rode pedalled his Hudson Terraplane Special to Bloemfontein 100 honours, also at Brandkop in August.

1937 proved a stellar year in fledgling South African motor racing with three internationals planned, starting with the SA Grand Prix GP at East London once again on New Year’s Day. The Grosvenor Grand Prix followed at Pollsmoor in Cape Town, before the Rand Grand Prix at the new Lord Howe track north of Johannesburg at the end of January.

The monstrous Auto Unions put on an incredible show, as Brud Bishop described: “To see Rosemeyer snaking down the three-mile-long East London straight, with the independently sprung wheels flapping and smoke spirting from the 16 exhaust pipes like a pre-historic dragon, was a sight for the gods.

“It was the greatest combination of car and man we had ever seen – the Auto Union pit team was a show in itself, drilled like soldiers. “I timed them to change all four wheels and refuel in 38 seconds!”

Alas, the Silver cars’ incredible power and the abrasive East London track surface proved too much for their tyres as Rosemeyer struggled and von Delius retired after a 320km/h blow-out. Form man Pat Fairfield’s 1100cc ERA proved too good for the handicapper as he won from locals Buller Meyer and Steve Chiappini’s Rileys, Swiss visitor Reusch and Rosemeyer.

The second Rand Grand Prix also happened in 1937, but at the end of the year, where van Riet drove a brilliant race to hold off Roy Hesketh‘s R-Type MG, Lurani’s Maserati and VC Berrange in his Riley – a remarkable result for the three locals in a field full of Grand Prix Maseratis and ERAs.

War clouds were brewing by the time the fifth South African Grand Prix came under starters orders in East London early in 1939. That did not stop Gigi Villoresi and Franco Cortese’s works Maserati 6CMs from dominating ahead of a fight between Mario Massacurati’s Maserati 6CM, Roy Hesketh and Lord Howe’s ERAs and Armand Hug in a Maserati 4CM.

Cape Town’s Grosvenor Grand Prix was among the last races anywhere in the world before the outbreak of World War 2, so the mood was sombre as the works Maseratis started as favourites. This time it was Cortese who took the win after Villoresi retired, leaving Peter Aitken’s ERA to fight off Steve Chiappini’s Maserati and Hesketh’s ERA for second.

War duly broke out and it would be ten years before top-level motor racing returned to South Africa, some five years after hostilities subsided. Motor clubs would need to re-organize and new racetracks had to be found or built as most of the pre-war venues were no longer available.