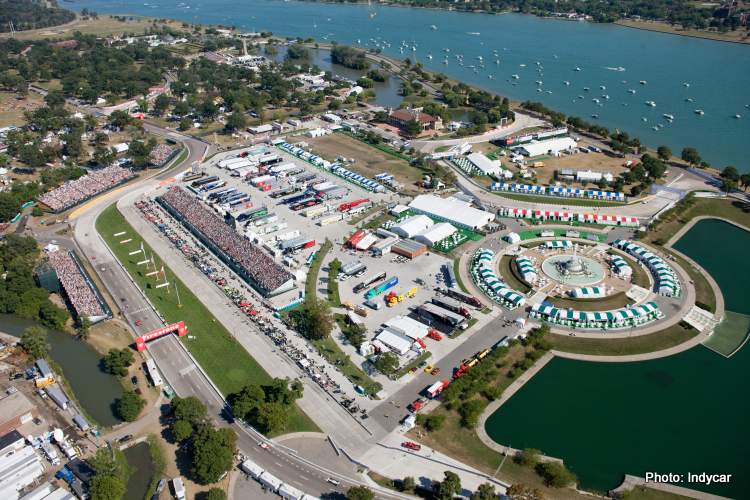 IndyCar cancelled a doubleheader race weekend in Detroit due to the novel coronavirus outbreak on Monday but added three events to the schedule, including a third race at the Indianapolis Motor Speedway (IMS).

The tweaking of the calendar means IndyCar plans to run 15 races this season, which will now include double headers at Iowa Speedway and Laguna Seca.

With Detroit developing into a coronavirus hot spot, the races set for May 30-31 in the Motor City became the latest sporting casualty of the pandemic.

“We’re committed to bringing fans as much on-track action as possible,” Penske Entertainment Corp. President and CEO Mark Miles said in a statement.

“Our updated schedule features additional racing at fan-favorite venues and adds to the total number of events on our calendar.

“The COVID-19 situation continues to be dynamic and challenging for everyone, so we have developed contingency plans which will allow us to respond to changing conditions.”

Like Formula 1, IndyCar has yet to get in a race this season, with the opening race now set for June 6 at Texas Motor Speedway.

Similarly, F1 is intending to get its season underway at the Canadian Grand Prix on June 14 in Montreal —  two weeks after Indycar’s now-cancelled race in Detroit, which is 900 kilometres away.

The crown jewel of the IndyCar Series, the Indianapolis 500, had already been moved to Aug. 23. It is the first time it is not being held in May.