Norris: I prefer the more serious sim-races to virtual Formula 1 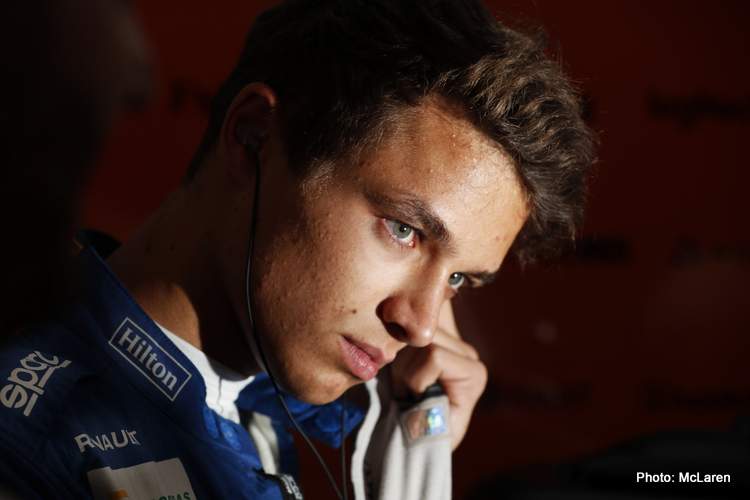 McLaren’s Lando Norris has revealed he does not enjoy Formula 1’s official virtual race-replacements as much as he does those put on by other e-sports organisations, citing the difference in competition.

Norris, who has been a regular presence across the various virtual grands prix taking place in amidst the COVID-19 pandemic, explained that compared to the offering of Veloce eSports, the more star-studded approach F1 has taken with its participants makes for less enjoyable racing.

“I probably like the Veloce ones at the moment a bit more, because you do have to take them a bit more seriously,” he admitted to motorsport.com.

“The F1 one is more celebrities, people like [One Direction singer] Liam Payne.”

“The Veloce one I would say is a little bit more serious in some ways. We have some big YouTubers and content creators, but we have more simulator drivers, people who play on F1 2019, and more professional drivers.”

“The F1 ones are also fun because you’re still racing against some real drivers, but it’s not quite as serious.”

Using the official F1 2019 game, the first official GP-replacement two weeks ago was a particularly farcical affair for Norris, who spent most of the event battling connection issues.

Nevertheless, Norris will return for F1’s official Vietnam Grand Prix replacement this weekend, with a grid where 11 of the 20 drivers have F1 experience, although there will still be a token non-racing celebrity in cricketer Ben Stokes.