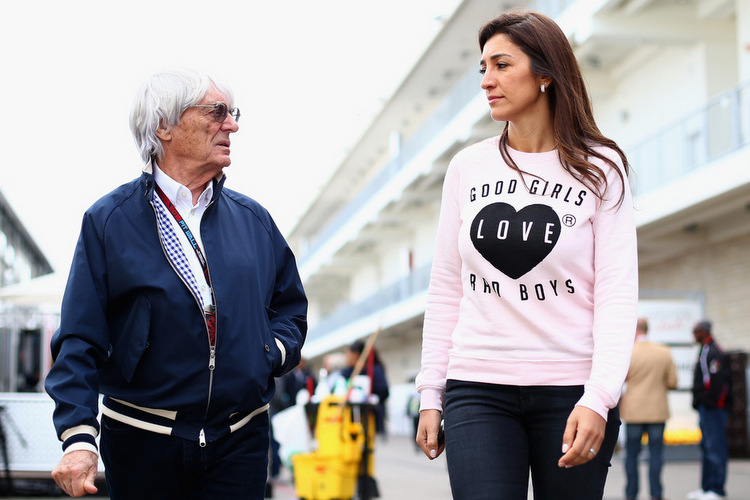 Amid the coronavirus pandemic sweeping our lives, good news to report at last: 89-year-old Bernie Ecclestone is set to become a father again with 44-year-old wife Fabiana confirming the couple are expecting a boy and this is no April Fool’s joke.

Blick confirmed reports were true when they contacted the former Formula 1 supremo for comment, he confirmed, Yes, expecting him in the summer. Hopefully, he’ll learn to play backgammon soon!

“After having so much time after F1, we also had enough time to practice,” quipped Bernie who was clearly in good spirits despite the COVID-19 lockdown.

“Without humour and fun you break yourself these days,” mused the once most powerful man in the sport. “But I just want it to be good with Fabiana even in the apparently longer isolation. Fortunately, we never run out of work on the farm. Fabiana also looks after her own coffee plantation.”

As for his fourth child, Bernie said, “Like all parents, we have only one wish: the child must be born healthy. Hopefully, he will never express the intention to do something with F1.”

“Finally a boy!” declared Bernie who has three daughters: Deborah (65) from his first marriage to Ivy as well as Petra (31) and Tamara (35) with second wife Slavica.