Report: Pirelli could run 2019 tyres for a third-straight season 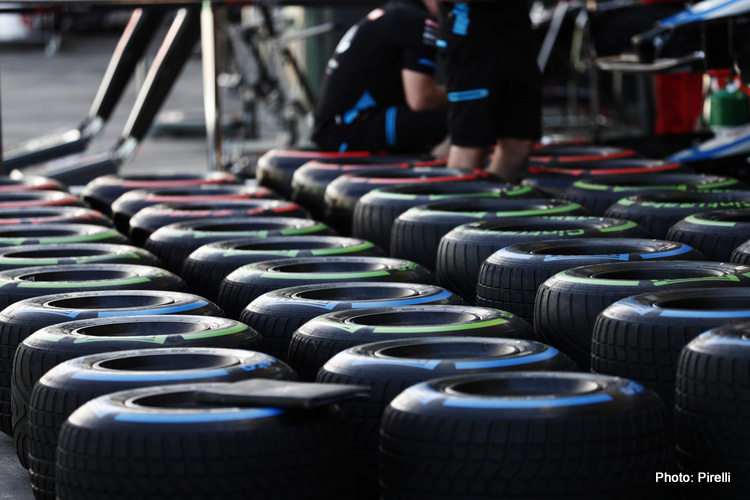 Pirelli is considering running the same specification of tyres for a third-straight Formula 1 season in 2021, it has been reported.

Per the-race.com, the COVID-19 pandemic and F1’s decision to delay its next-gen regulations from 2021 until 2022 has put the Italian company in a difficult spot in deciding how to proceed with tyre development.

Having shifted its focus from the current 13-inch wheels to the now-delayed 18-inch wheels during the 2019 season, Pirelli boss Mario Isola has revealed his team now has to decide whether it needs to re-start tyre development for the 13-inch wheels or if it can employ the same stopgap measure used in 2020 and keep the 2019 tyres for an additional season.

“We need to understand the increase in performance that is expected in this period of time,” he said.

“It will be the first time in our history since we’re back in F1 we have to keep the same product for three years. So it’s important we have an estimation on the increase on performance of the car.

While the teams have already agreed to freeze development on some areas of the chassis and suspension for the current cars, improvements in aerodynamics are still on the table, and the increased speeds and loads they place on the tyres could make an upgrade to the tyre preferable.

However any upgrades would need testing of their own, even in a limited capacity, meaning additional costs at a time when most teams can ill-afford them.

Even in the event the tyres are kept as is, they would likely need another increase to the minimum pressures Pirelli mandated at the start of this season — a move that was notably opposed by driver’s champion Lewis Hamilton.