Outside Line: Cyril Abiteboul buys himself yet another year? 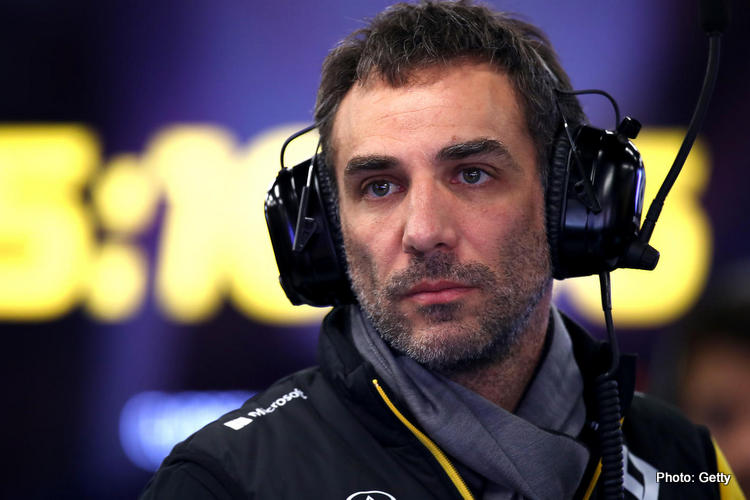 It goes without saying at this point, but we live in strange times. COVID-19 has completely changed life as we know it, and yet one thing remains constant: Cyril Abiteboul has found a way to buy himself more time in Formula 1.

Yes, Abiteboul, Renault F1 team principal and long-time herald of the team’s return to prominence, has now stated that he expects them to be “fighting for podiums” in 2022, having moved his goal-posts from 2021 at the same time Formula 1 has shifted its next-gen regulations.

On the surface, this seems totally fair. He’s been clear that it is the new regs that will help his team compete with the big boys again, and if they have been delayed then seemingly his aspirations will have to be too, but I don’t think it’s that simple.

Consider the wording. “Fighting for podiums” doesn’t mean a top-three car, it just means a quick one, and in that case, I have to ask: what is so fundamentally wrong about the 2020 car that it can’t be developed into a podium-contender by 2021?

According to Abiteboul himself, the power is already there (although McLaren seem awfully determined to switch back to Mercedes as soon as possible), and it is the chassis that needs work, but I’d argue that between the adoption of Mercedes’ front-end aero concept on the RS20, the addition of Pat Fry and a ban on wind tunnel testing for next-gen cars until Februrary next year, they’re in a position to make significant gains under the current regulations.

Would those gains not be enough to at least put them in the sort of position McLaren and Toro Rosso found themselves in in 2019, or Force India and Williams in previous years?

To be clear, I’m not trying to cast aspersions on Abiteboul’s character (gotta be careful of that, nowadays :p) and suggest he is consciously trying to take advantage of the current crisis to ensure his own survival – I’m certain he abhors the current goings-on as much as the rest of us – but it’s just that his comments speak to a mindset that makes it hard to envision Renault turning into a winning outfit.

I know it’s not a perfect comparison, but compare the results under Abiteboul to the rapid progress Mercedes made under Ross Brawn, Norbert Haug and Toto Wolff from their re-entry into the sport in 2010: a race win by year three, three wins and an additional six podiums in year four, and then immediately champions when the new regs hit in 2014.

If Abiteboul is unable to accomplish even a sliver of that by his sixth year in charge (as 2021 will be), why should he get more runway?

In any case, it seems that barring Renault exit the sport completely, more runway is exactly what he is getting. Just like the plane on the runway in Fast and Furious 6, he never seems to run out of tarmac. I just hope that unlike in that film, it doesn’t end with it all blowing-up in everyone’s faces.