In The Pitlane: Toto’s Jigsaw Puzzle 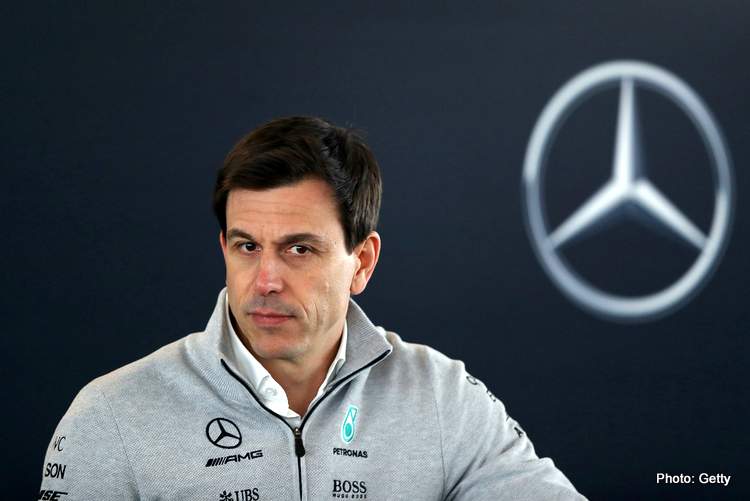 Back in 2014 Formula-E founder, Alejandro Agag approached Toto Wolff with the hope of signing up Mercedes for the series. Toto declined and pointed out in his opinion that Formula-E wasn’t different enough to attract fans.

His other concern was the transfer of engineering knowledge to road cars, “When we sell cars, we don’t sell 10 engineers who sit with the driver, he says. The early adopters switched to be conscious of the environment, but if you want a big movement of people you need to address the heart.”

Wind the clock forward to February 2018 and Toto proclaimed, “I didn’t think it would survive the first three years, but Formula-E is an exciting platform and against all odds, Alejandro and his team have managed to build a series which is interesting for many people. It clearly hits the Zeitgeist; corporate boardrooms are talking about it and what he and his team have been doing is truly amazing.”

This is when events start getting interesting in what is maybe Toto’s masterplan.

Later in 2018 one of the founding Formula-E teams Venturi Racing owned in true F1 fashion by the Monegasque billionaire Gildo Pastor appointed a new team principal and shareholder. Step forward one Mrs Susie Wolff, I’m sure Susie was appointed on merit but being married to one of the most powerful men in motorsport probably helped?

“We are all right behind you Toto”

Then in 2019 Venturi racing announced its engine, cooling system, rear frame, rear suspension, dampers, software, onboard electronics and wiring looms would all be purchased by yes none other than Mercedes.
Simultaneously Mercedes decided to join the Formula-E series for the 2020 season stating, “Mercedes have entered the fray so that it can “showcase that it is a leader in the emerging technology.”

Is this Toto lining up for a takeover of the Formula-E series if his ambitions to be top dog in F1 don’t materialise?

Interestingly Toto’s been busy in his old hunting ground at Williams, with Mercedes extending its engine deal for a further five years from 2021 onwards. Toto commented at the time, “Williams is one of the iconic brands in Formula One and we at Mercedes are proud to count them as part of our motorsport family.

They have been through some tough times recently but that has only served to demonstrate their resilience and strength of character as they battle back to where they belong on the grid. I am certain that the outlook for independent teams is bright under the financial regulations that will be introduced from 2021 and we are delighted to continue our partnership with Williams into that new era of our sport.”

Really Toto? I wonder how long before he makes a play for Williams maybe when Daimler-Benz pull out of F1 and Sir Jim Ratcliffe with his deep pockets outbids him for the Mercedes F1 team, again Toto is probably always working on his plan B.

“Who says I’m so busy there are two of me”

Then there is the thorny issue of Toto’s old buddy one Mr Lawrence Stroll the owner of Racing Point aka Aston Martin. One of these two guys will eventually be crowned king as I suspect both have very ambitious plans. Lawrence is moving at quite a pace with greater financial resources than Toto.

Latest speculation is Toto becoming CEO of Aston Martin, something he has denied. I don’t think this is going to happen as Toto I suspect wants to be his own man and is probably tiring of Daimler’s interference in the Mercedes F1 team. I believe if the offer did exist it was an attempt by Lawrence to curtail Toto’s plans now and in the future.

Want proof, well given the perilous state of F1 finances now we are in a crisis how long before the vultures arrive at Williams, will it be Wolff or Stroll who win that prize?

On a couple of footnotes, Williams title sponsor ROKiT has also entered Formula-E and yes you guessed again have decided to partner with Venturi racing for the next three years. Susie was previously a Williams driver so may have had Claire Williams assistance with ROKiT or maybe Toto played hardball with both teams on the engine deals.

Also, Toto is maybe getting guidance on Formula-E not just from his wife but a former employee one Nico Rosberg who owns 0.2% of Formula-E!

Note: Garry Sloan is the author of “In the pit lane – F1 exposed” details at inthepitlane.com]
Copyright ©2020 Garry Sloan