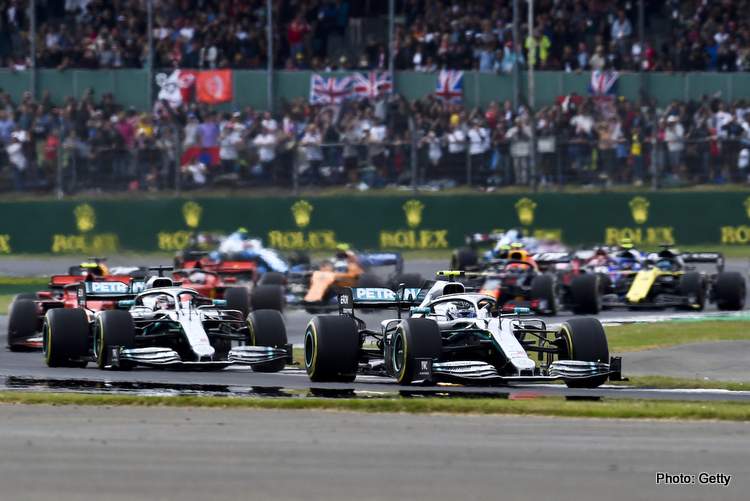 British Grand Prix organisers will decide on the fate of this year’s race shortly after Easter, according to Silverstone managing director Stuart Pringle.

The race, which is scheduled to take place from July 17-19, is current slated as the fourth race of the 2020 season amidst the slew of cancellations and postponements caused by COVID-19.

Citing the need for “12 weeks’ notice” to make the necessary preparations, Silverstone has until April 20 — eight days after Easter — to decide if it will continue as planned.

“The thing is about this event is that it’s not our decision alone,” Pringle said to GPFans. “We wouldn’t do anything without agreement with Formula 1, and jiggling an international calendar, and the challenges with that.

“We’re in very close communication, we’re looking at it, we’re trying to find the right answer. The easy thing is to say, ‘Well, it’s not possible is it?’

“Actually, very extreme action is being taken at the moment, and we might yet get on top of things rather quicker than they have previously indicated.

“We’ll see, but sooner rather than later we’re going to have to make a decision, that’s for sure, but 12 weeks is the drop-dead date to get things prepared.”

Like many countries, the United Kingdom is currently in a state of lockdown as it seeks to curb the spread of the coronavirus, with 17,089 confirmed cases at the time of writing.

Should the restrictions be extended beyond their current April 13 expiry date, Pringle admits his hands might be tied on the matter.

“We would begin preparations with site infrastructure stuff, the marquees and things like that. But if we’re locked down and people can’t travel in, then that’s going to make the decision for us.”