The Undercut: A desperate call for optimism and unity 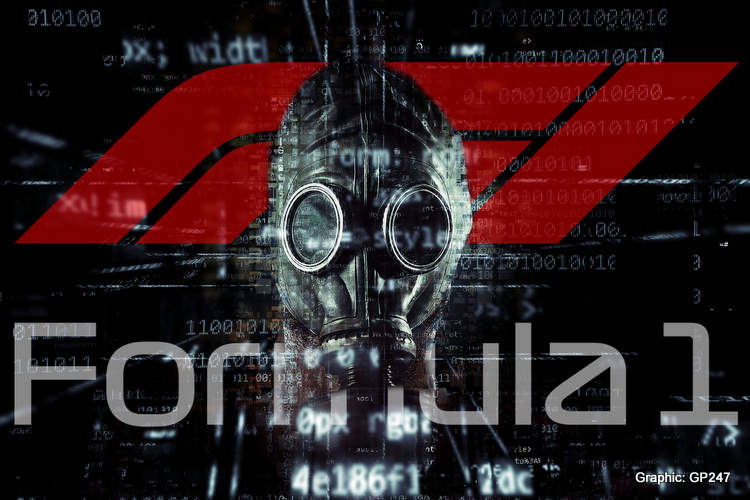 Wow. Is there anything more to say than that (apart from adding an expletive or ten)? In my opinion, the answer until now has been clearly no.

That’s why I’ve taken a break from giving my raw opinion for a little while, since initially slamming Chase Carey and F1’s decision to race in Australia and then walking it back with a touch more understanding about this unprecedented moment for the world and, obviously, our sport.

In an intervening couple of incredible weeks, I’ve been scratching my head so hard that it’s almost bleeding and my fingernails are down to the quick. I’ve been changing my mind faster than a Formula 1 pit-crew gets a new set of boots on in a desperate midfield battle for points.

Yes, it’s dire. Yes, if the current 4.5% average mortality rate of this thing throughout the world was simply left unchecked, we could be looking at hundreds of millions of deaths. Yes, dismantling the global economy (as we have apparently decided to do) will have consequences that are arguably even more disastrous than if we were all to just stand back and let the virus ran rampant through our societies and our genomes.

Either way, lots of people die, the deepest depression in history takes grip for decades, our beloved personal freedoms may be lost forever, and only God knows what it means for the global balance of power in terms of geopolitics.

Oh, did I mention China? I’d better not.

In the circumstances, it’s therefore pretty difficult to talk about little old Formula 1. But let’s give it a whirl, anyway.

Firstly, we are not alone. People like me who for decades have been comfortably chugging along by connecting their professional careers and livelihoods with their passions by being involved in whatever capacity they are in this sport now find themselves in the company of millions upon millions of people around the world whose future suddenly seems kaput.

But it has to be said: at this rate, Formula 1 — as we knew it, anyway — certainly seems screwed.

Under normal circumstances, you’d look at an entity’s share price and get a good insight into the health of the company. And over the past 6 months, NASDAQ’s FWONK looks like one of those coronavirus hockey sticks of exponential growth … in reverse.

According to my constant F1 business contact, Christian Sylt of Formula Money, JP Morgan is getting nervous that Formula 1 “could conceivably breach” the covenants on $3 billion in debt.

And that’s really, really bad. Christian says it’s “highly highly likely” that F1 will have new owners sooner rather than later, telling me (I assume) jokingly: “At this rate, you and I may be able to buy it.”

But if you thought the prospect of never seeing Chase Carey again sounds impossible to bear, it gets even worse. If Williams couldn’t make spare front wings in 2019, how on God’s troubled planet will it pay the salaries of hundreds upon hundreds of staff who can’t go to work and even if they could have absolutely nothing to do?

For a team whose meagre budget is at least half made up of official F1 and television revenue that is grinding to an indefinite halt, there’s just no sugar-coating this. Most of the smaller teams are going to go bust unless something really, really dramatic happens. Like a cure. Yesterday!

Unfortunately, that isn’t going to happen. I’m often called a pessimist rather than an optimist, but pessimism is in fact just being over-prepared for reality. So how about this for a prediction, just to get everyone ultra-prepared: the Toto Wolff/Lewis Hamilton/Mercedes era is definitely ending, with Wolff (whose Mercedes stake will be worthless anyway) heading off to Aston Martin (the company rather than the team).

Sauber (not much point calling them Alfa Romeo anymore), like Williams, is going bust, Gene Haas was already getting the hell out of dodge, Renault’s project looked similarly shaky even before the dreaded ‘Rona – it just looks like Armageddon at the moment. On this exponential rollercoaster ride to hell, there is no silver lining.

But fear not! You could always get your fix for the sexy, dangerous, outrageously excessive and visually spectacular drug that we all love so much by … watching Lando Norris shriek like a girl on Stitch or Flitch or something.

I’m sorry, but if my 12-year-old daughter who loves Sean Mendes and Fortnite and giggling and having the odd 40-minute tantrum when she drops a milkshake she just made on the carpet starts tuning into Norris’ online streams because that’s now the cool F1-thing to do, then you really do know that the pinnacle of motorsport is in serious s–t.

Where to from here? Who the heck knows. And right now, who the heck cares? We’ve all got jobs that look very, very insecure right now – and that’s if yours wasn’t among the millions that have been wiped out already.

We may lose our homes, our personal freedoms are being taken away on the daily, we’re treating our closest friends as though they’re lepers, and – oh yeah! There’s this little sub-microscopic infectious thingo called SARS-CoV-2 that is trying to kill some of us while the rest of us go about destroying the glorious West and everything it stood for and gave us for the past several centuries.

So whether this is all about a nasty little virus, or whether it’s an incomprehensible mushroom cloud of an overreaction that went digitally viral due to social media, our collective inexperience of adversity and the unintended disastrous effects of globalism, or all of the above (and don’t get me started on the real conspiracy theories), let’s stop freaking out and hoarding hand sanitiser and instead all join together and figure out the best way to get out of this mess.

Yes, forces that are beyond any one of our personal powers to influence them sure are conspiring against us, but history is littered with countless examples of when those personal powers and desires for peace and freedom came together as a formidable unit and triumphed over the forces of evil and decay.

In this moment, never forget: the mainstream media likes it when you’re terrified. Governments, especially as they grow, don’t mind at all if they can control you in more and more ways. But strength, science, the cool and accurate analysis of data, the ability to change your mind and think and speak independently, the fortitude to withstand and to innovate and to fight, are still very much all still among our collective arsenal. We’ve done it before and we will do it again.

But in the meantime, let’s also do whatever we can to support the Formula 1 industry. Everyone in the sport has something to lose, whether it’s your livelihood, your passion – or both. We all got to this distressing moment in Formula 1 history from different places – whether it was the paddock gates with a notepad and pencil, riding on the wave of the first digital media pioneers, or somewhere else entirely that’s none of your business anyway.

But we’re all here now, and the time for petty squabbling is over. If the ten F1 team bosses, who normally can’t agree on the brand of mineral water to put on the boardroom table, can agree to sensibly delay the 2021 regs and give Liberty the flexibility it needs to somehow cobble together an alternative emergency calendar in an Apocalyptic world, then we can all forget our personal and ideological differences and just pray that we all make it through. Together.

Formula 1? We will survive. How’s that for optimism?