Inside Line: Thank you Mr Todt but your lawyers can take a hike 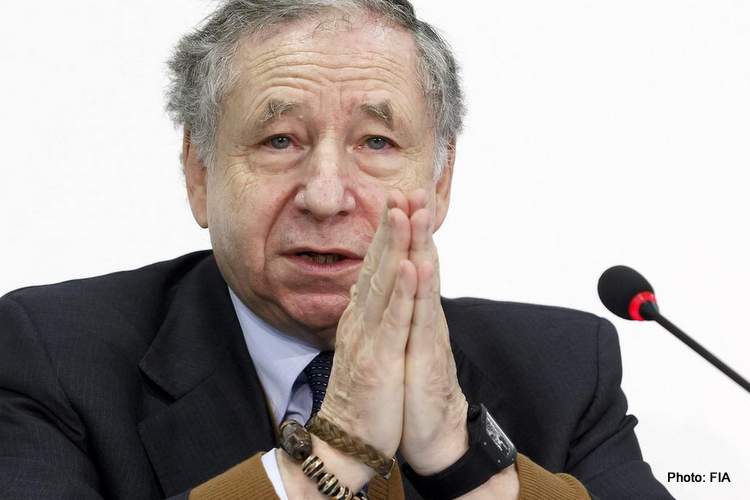 Thank you for making the effort to answer our questions sparked by three controversial opinion pieces posted on GrandPrix247 which offended you.

The questions and your answers – provided through your lawyers – are summarised herewith with the full letter at the foot of this report:

Your answers are noted and appreciated not only by us but surely our readers will too as, in the end, it was they asking the questions and we their messengers.

For the record, the abovementioned letter did not arrive in my inbox in accordance to deadlines we stipulated. Had it, I would not have wasted my time posting that it hadn’t. Absurd to think that with your answers in hand I would even contemplate such a foolhardy tactic in this silly game of chess.

This was never a ‘lawyer’ matter and I resent and abhor that they are even in the loop. This was a case for the FIA media to handle and discuss with me, or an email from your desk rather than someone with no place at all in this matter.

This would have been resolved far quicker and with less fuss than the bizarre use of your legal outfit in South Africa whose letter accusing me of dishonesty, which to us suggests a cover-up for their incompetence and failure to make sure I received such an important email.

Furthermore, I refreshed my email all-day while my team urged me to pull the trigger on the lack of response.

I also made it abundantly clear that I was available for a Skype or phone call at any time to discuss this. I was never contacted in this manner.

Moving forward, we accept your response and respect the fact that you have spoken forth on this matter despite the questionable methods of answering them. We applaud this honesty

Despite the attempt to create bad blood between us, in good faith we have blurred out the paragraphs that originally offended you personally but the censored posts remain public and for the record.

The post made for missing the deadline entitled “Lawyers request extension but go missing in action” – which deals with the now insignificant matter of deadlines being missed – will in future redirect to this post.

From our side, this matter is now concluded, you are the leader of our motorsport family and with your answers, you have assured and pacified us that all is in order, and this I accept while leaving the door open to real proof of the contrary if any ever arises.

As passionate supporters of this sport, our motives like yours also “have always been solely determined by and in the interest of motorsport” and on this common ground we want to be doing the right thing.

Please feel free to contact our team directly should you wish to share ideas, and keep us abreast of your plans.

May I suggest you consider our site as a platform for an occasional column from your desk (one a month?) to communicate to a more knowledgeable and intellectually mature-reader base, which ours tend to be. Please consider this as an open-ended offer for such an endeavour.

In closing, I wish you, your loved ones and colleagues all the best in these troubling times and sincerely hope that one day we will all be racing again. Peace and respect.

As for the lawyers, they can take a hike – this is not their business because they do not have Racing is in their Blood like we do. 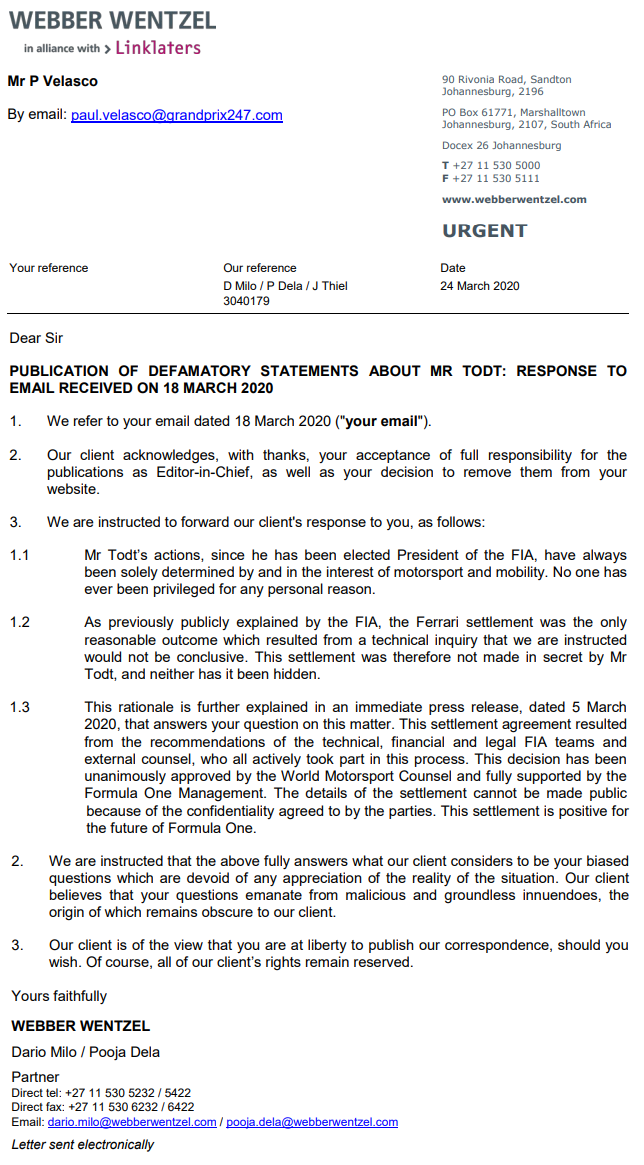