Is The Whole F1 Season At Risk? 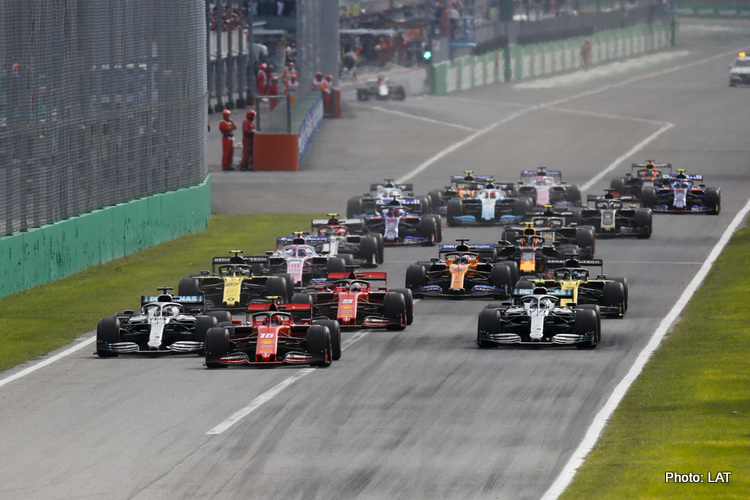 By the time you read this, you’ll already know that the opening weekend of this year’s Formula 1 Championship has been cancelled. After Lewis Hamilton showing deep misgivings about going ahead with the race and McLaren being forced to pull out, the FIA finally bowed to the inevitable and announced that the race has been indefinitely postponed.

It’s a disappointment for millions of race fans all over the world, but it’s the right thing to do in the interests of public health and safety.

The costs of cancelling the face will be high, and every team involved in the sport is likely to be counting them as we speak, but unless there’s a change in the policies of several international governments in the very near future, this will not be the last of the cancellations. We already had confirmation that the Chinese Grand Prix was postponed weeks ago.

We’re now hearing that the Bahrain Grand Prix is also likely to be on the chopping block. It was already all-but-confirmed that the race would be happening without spectators. Now it seems that it won’t be happening at all. The smart money says that the first-ever race to be held there, currently scheduled for April 5th, won’t happen either.

At the moment, all of these canceled races are being listed as ‘postponed.’ That might be misleading. A Formula 1 Grand Prix can’t just be thrown together at a few weeks’ notice. It’s an enormous event that takes months of planning and involves hundreds – if not thousands – of people. The racing calendar only has space for so many dates, and there isn’t any obvious space to put rescheduled races back into it. As a result, we’re now looking at a season that’s definitely two races short and might soon become four races short. Is that really a championship season at all – and if it isn’t, is it still right to run it?

Fans of the sport will be appalled by any suggestion to call the whole thing off. Even if it were only possible to run eight or ten races, it would still be enough to separate the lucky drivers and teams from the great ones, and trophies could still be handed out at the end of the shortened season. 2020 would always have an asterisk after in the history books, though, and it would be no way for Lewis Hamilton to win his record-equaling seventh Driver’s World Championship.

It would taint and diminish his achievement, and it would be a bone of contention for years to come. Sometimes, having nothing is better than having a small piece of something, and if the situation doesn’t improve soon, that might be the perspective that organizers are forced to take.

Even if the FIA and the willing teams and drivers decide to carry on, there are question marks over the viability of several future races. Nobody knows how long the outbreak is likely to last for. We’d like to think it would be over by the time the Italian Grand Prix is due to be held on September 6th, but we can’t be sure of that.

We can be even less sure that it will be dealt with by the time of the Spanish GP on May 10th. Any subsequent race that’s canceled will leave bigger and bigger holes in the calendar, making it harder for teams to find a rhythm, and adding to a sense of farce the longer the charade goes on.

Unfortunately, it’s not just the current F1 season that’s at risk. Some of the teams that we know and love – especially the comparatively smaller teams – may not survive these delays and cancellations. A lot of the teams rely upon race fee income in order to make ends meet, and some of them live very close to the wire. As the BBC noted in a well-considered piece on its website, losing out the income from two or three races is likely to be the difference between survival and closure for some of these teams, and the sport will be poorer if that were to happen.

It almost goes without saying that nobody forces anybody to own or operate a Formula 1 team. It’s an incredibly expensive business, and some would say that only the foolhardy would ever get involved in it. Betting the future of your racing company on receiving income from races that haven’t happened yet is as big a gamble as staking your annual salary on a single spin of the reels on an online slots website.

Despite that, it’s day to day life for Williams, Haas, and probably Racing Point too. Unfortunately for them, sometimes you bet big on online slots and lose. Sometimes, you have as little control over circumstances around you as you do over your fortunes on slot games.

Formula 1 may have all the glamour of a night out at a high-end Las Vegas casino, but it also comes with all the risks. We fear that we’re only weeks away from the announcement of the closure of at least one team, and we can’t be sure that anyone is waiting in the wings to come and take their place.

We hope that it doesn’t come to that. We hope that there are no further cancellations after Australia, Bahrain can go ahead, and an antidote or vaccine to protect us all from the virus can be found sooner rather than later. We wish we had a little more security than hope, but right now, hope is all we have. If this season goes ahead at all, it will likely be the strangest and shortest season in living memory.

If it doesn’t go ahead, it may have far-reaching consequences for the future of several Formula 1 teams, and even more Formula 1 drivers. None of us can do anything to change what’s happening now, so all we can do is watch, wait, and cross our fingers for good news. That, and remember to wash our hands as often as possible.