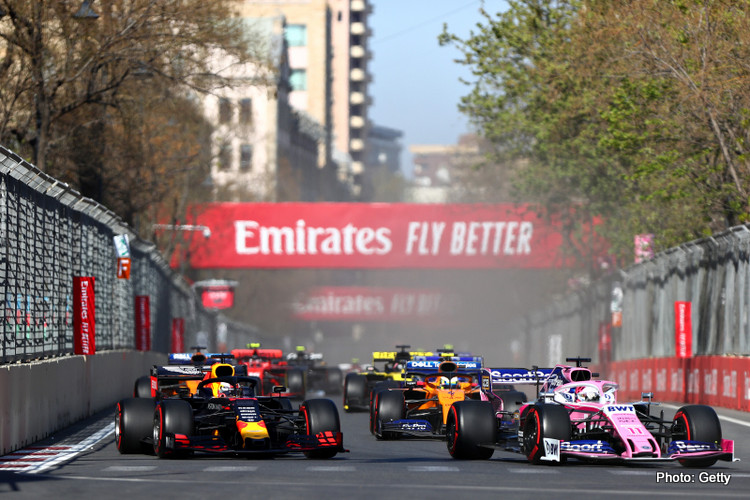 Formula 1’s Azerbaijan Grand Prix in June looks set to become the latest casualty of a season that has yet to get started due to the coronavirus outbreak.

The race in Baku was originally scheduled for June 7 as the eighth round of the championship but all the earlier races, including the showcase Monaco Grand Prix, have been cancelled or called off.

There was no immediate comment from race organisers but sources indicated it would be postponed.

The motorsport.com website said an official statement was expected on Monday.

Preparation of the street circuit, which requires extensive safety fencing and barriers as well as the sealing of drain covers and asphalting, would have to start soon.

The next race scheduled after Azerbaijan is the Canadian Grand Prix in Montreal on June 14, with France following on June 28 but both races must also be considered uncertain as the virus spreads globally.

France currently has stringent restrictions on people’s movements while Canada has closed its borders to all but essential travel.

F1 has cancelled its usual August shutdown, bringing it forward and extending it to three weeks in March and April in the hope of rescheduling races from earlier in the season.

Postponement of the race would leave Baku without a major sporting event this year. The city had been due to host four games including a quarter-final of the Euro 2020 soccer championship but that has now been postponed to next year.

The street circuit has long, fast straights and a twisting stretch around the old town, with some 18,000 grandstand seats plus another 2,000 hospitality and VIP. A further 10-15,000 general admission tickets are sold.