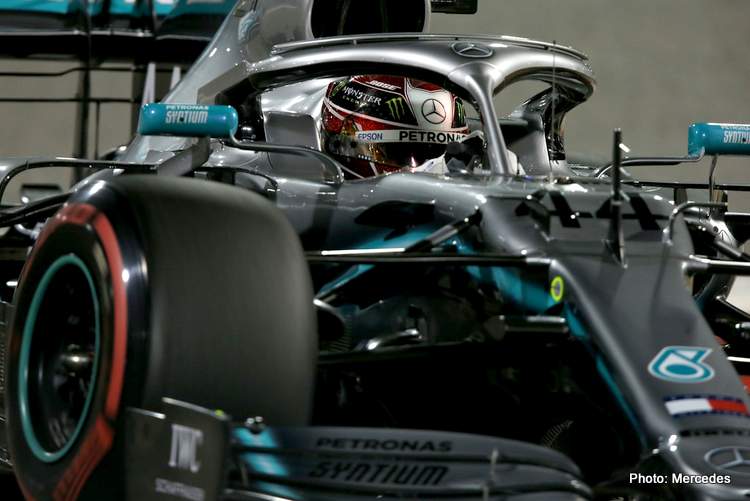 Lewis Hamilton won the Bahrain Grand Prix and in doing so broke the hearts of Ferrari fans and most neutrals who watched as Charles Leclerc never put a foot wrong during an epic race, but the turbo failed on his car to dent the Monaco Kid who nevertheless managed to limp home in third place. 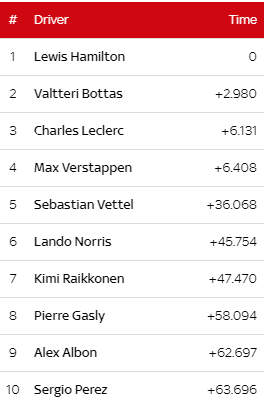 Whatever the case, Leclerc came of age with a masterful performance on the day, easily outshining his illustrious teammate Sebastian Vettel who was involved in the wars, spinning on his own while duelling with Hamilton for second place. The German recovered to finish fifth.

After qualifying on pole by three-tenths of a second, 24-hours earlier, Leclerc was tardy off the start and before he knew it was down to third struggling with grip, with Vettel taking command.

But Leclerc was not flustered, did not panic, simply put his head down to hunt down Valtteri Bottas and then took on Vettel to take the lead where he remained until on lap 46 the young Ferrari driver reported an issue with power loss.

With the leading Ferrari in trouble, Hamilton sniffed victory and soon reeled Leclerc in without much effort and then took the lead, after which he remained untroubled to bag Mercedes their second consecutive victory and one-two as Bottas inherited second after the Ferrari driver’s misfortune.

Race winner, Hamilton said afterwards, “A really, really hard job and the team were incredible. It was a devastating race for Charles. We were lucky today. I gave it everything in the race. This guy has a lot of race wins coming in the future.”

The five-time F1 World Champion told Leclerc in the pre-podium room, “You drove great. You’ve got a great future ahead of you.”

While Leclerc’s misfortune was gutting, he did get a touch of good luck when late in the race both Renaults stopped on track almost at the same time, forcing a safety car for the final two laps and saving the #16 Ferrari from being gobbled up by fourth-placed Max Verstappen.

Leclerc said, “It happens. It’s part of Motorsport. Unfortunately today it wasn’t our day. But the team has done an amazing job to recover from Australia.”

“Of course I’m extremely disappointed, it happens in a season, and we made the best out of it. A very hard one to take but thanks to the team for an amazing car all weekend, I’m sure we will come back stronger,” added the 21-year-old.

Bottas summed up his evening, “As a team, we got lucky today we kept it together. The hard work at the factory is paying off I had a difficult race as the balance of the car was everywhere and I made a few mistakes. I never will give space, the first lap was good I had a lock-up in turn one.”

Fittingly a McLaren revival of sorts appears to have started at the team’s home race, with Lando Norris delivering a mature performance, keeping out of trouble to finish sixth while his teammate, Carlos Sainz  DNFed for a second race in succession after a collision with his nemesis Verstappen.

Kimi Raikkonen was also in the wars but did well to survive the midfield mayhem to take seventh place, ahead of Red Bull’s Pierre Gasly in eighth, followed by Toro Rosso rookie Alex Albon scoring his first F1 points with ninth and Sergio Perez claiming the final point for Racing Point.

When the lights went out at the start, Vettel got the jump on polesitter Leclerc and seized the lead. Bottas, too, exploited the situation and muscled past the young Ferrari driver to take P2.

Hamilton then tried to pressure Leclerc and as they tussled, Verstappen, who had started fifth, tried to slip down the inside of both in the final corner. He couldn’t make the move stick, however, and settled into fifth place.

After his first lap difficulties, Leclerc quickly recovered and went on the assault. He pushed past Bottas at the start of lap two and then powered past Vettel under DRS into turn one at the start of the next lap to reclaim the lead.

Leclerc maintained his lead through the first stops, but Hamilton managed to get past Vettel to take P2. The German was now third ahead of Bottas and Max, who took on medium tyres during a superb 2.1s pit stop.

On lap 23 Vettel closed in on Hamilton and powered past the defending champion around the outside through Turn 4. Leclerc though was now 7.5s ahead of his team-mate. Behind Hamilton, Bottas was fourth, four seconds ahead of Verstappen.

Now third, Hamilton pitted soon after the halfway mark and shed his soft tyres for a set of medium Pirellis, a move that was repeated on the following tour by Vettel.

Vettel emerged ahead but the gap was narrow and the Mercedes driver was soon on the attack. He tried to pass in Turn 4 but was rebuffed by Vettel who held his line well. Hamilton was not to be denied, however, and on the following lap he made the move stick.

Vettel spun following the pass and recovered but soon afterwards his front wing mysteriously collapsed and he was forced to pit for repairs, dropping to P9. That bumped Verstappen to fourth place behind Bottas, with five seconds separating the Red Bull from the Mercedes.

With a dozen laps to go the shape of the race changed. Leclerc began to complain of engine issues and as his lap times increased dramatically he was told that he had “no H recover”, signalling a turbo issue.

At the end of lap 48, Hamilton swept past to claim the lead and with third-placed Bottas lapping five seconds quicker than the Monegasque the prospect of a Mercedes one-two came into view.

By lap 51 Leclerc’s advantage over Bottas was just 15.9s and Max was a further 6.6s behind. After Bottas powered past Leclerc, Max closed in fast, but then with just four laps remaining the works Renaults of Hulkenberg and Ricciardo expired. With Ricciardo’s car close to the trackside, the Safety Car was deployed and Max’s chance of a podium frustratingly evaporated and he was forced to settle for fourth place.

With Max fourth behind race winner Hamilton, Bottas and Leclerc, fifth place went to Vettel. Lando Norris took sixth for McLaren, with Räikkönen seventh ahead of Gasly. The final points positions were taken by Albon and Perez. 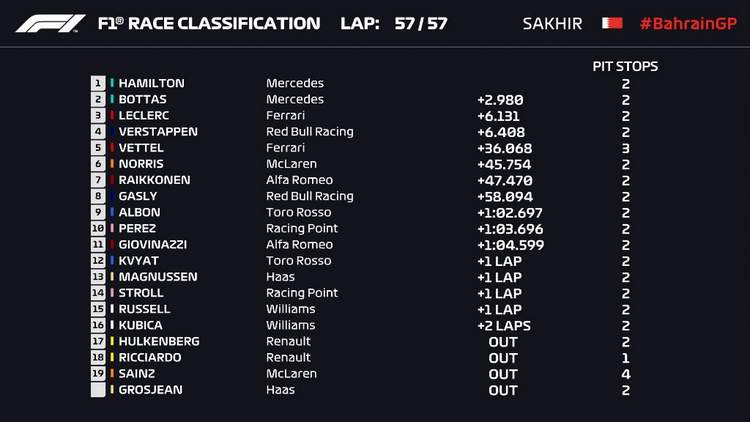 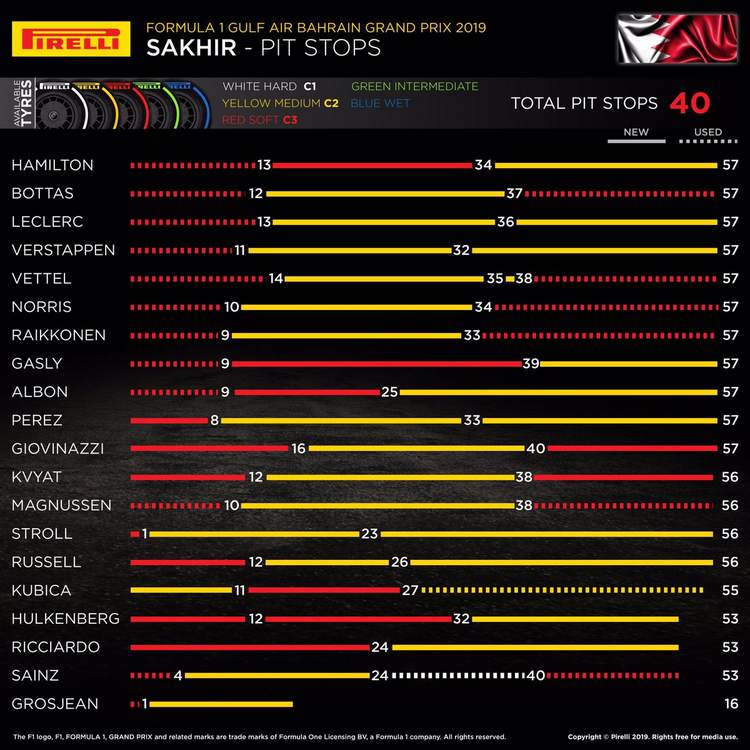