Abiteboul: Vettel? No, I prefer drivers of tomorrow 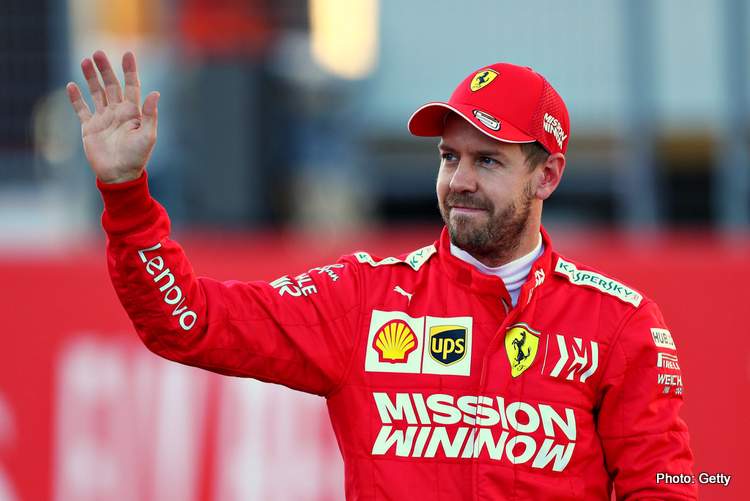 Renault boss Cyril Abiteboul has played-down rumours he is interested in signing Sebastian Vettel should Daniel Ricciardo decide to leave the Enstone outfit, suggesting he would prefer to sign an academy driver.

With both Vettel and Ricciardo’s contracts set to expire at the end of the 2020 Formula 1 season, rumours have started circulating of the latter being offered the former’s seat at Ferrari, with the German then heading in the other direction.

However, in the event Ricciardo leaves, Abiteboul has indicated to Canal+ that Vettel would not be his first choice to replace him.

“I don’t want to say no, since he’s a great driver and a great champion. In his day, we worked together on the engine side and we won together,” he said of Vettel, referring to the titles he won with Red Bull-Renault between 2010 and 2013. “But I prefer to work with the drivers of tomorrow than with those of yesterday.”

Stressing that he did not wish to be rude or dismissive of Vettel, Abiteboul clarified that he was merely giving priority to Renault’s in-house products.

“We also have a driver academy, with drivers who might come out of it in 2021 or 2022. We need to keep this in mind, as we created this academy in 2016 with the aim of having a driver graduate to F1 in 2021,” he explained, offering the name of Formula 2 driver Christian Lundgaard as one of the potential replacements.

For his part, Vettel has indicated the lukewarm feelings are mutual, telling it.motorsport.com that he would find it hard to stomach a downgrade.

“It depends on the situation: when you start fighting for the top 10, finding yourself in the top 5 is exciting, but when you pass the last 10 years in top-5 and then you find yourself fifteenth, the sensations cannot be the same,” stated the German.

However, Abiteboul still hopes the whole issue can be averted entirely, with his sights firmly set on retaining Ricciardo.

“We’ve got to retain him [Ricciardo] based on shared interests. The project is what matters. I’m answering the question without really answering it, but I think we need to wait and see the first races,” he said.

“Have we taken a step forward? Are we regaining a little more confidence compared to last year? Are you still integrating better within the team? So if we feel like we have a long-term project, why not? I think Daniel cares very much about his transfer to Renault, which was widely criticized by some British media, which did not understand it.”

“This idea of ​​building a project on the human, technical and sports side is important to him. He is someone who is guided by his emotions and wants to demonstrate that he can stick to his decision, as long as he shows that it is a good one.”