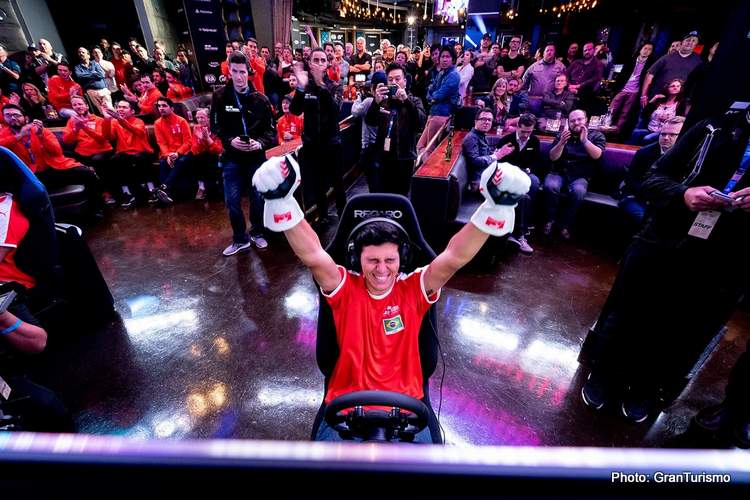 Red Bull have signed Igor Fraga onto their junior team as the eSports wave continues to make dents in the sporting world.

Igor Fraga has become a huge name in the sim-racing scene having taken part in the F1 eSports series, the McLaren Shadow Project and Gran Turismo’s World Tour – each with great success. However, Fraga’s career has not always been developed in his own room. The Japanese-born Brazilian has some rather extensive on-track experience under his belt as well.

Fraga, 21, began his racing career in 2015s Formula 3 Brasil with his first three races ending in retirements. But despite a rocky start, would go on to come third in the Class B category taking two pole positions, four wins and nine podiums along the way.

He remained in the championship for 2016 competing in just four races with his best result a third place at the final round in Interlagos. His 2017 run in the ‘Academy Class’ was dominant – ten wins in sixteen races with thirteen visits to the podium. Unsurprisingly, it was enough to win the Academy class with a points tally that would have placed him second in the overall standings. Imrpessive multi-tasking also saw Fraga compete in the 2017/18 NACAM Formula 4 Championship where he would finish second overall despite skipping three rounds.

Although less impressive compared to the rest of his CV, his 2018 efforts in US F2000 were enough for fourth place.

2019 saw Fraga’s name become much more common given his honing of technique and skills on home simulators, he secured a Formula Regional European drive alongside the likes of Dan Ticktum, Enzo Fittipaldi, David Schumacher and Sophia Floersch and many more of the sports next generation.  Despite the calibre of the competition, Fraga took four wins and four poles with a spot on the podium eleven times. 300 points in 24 races was more than enough for a thoroughly respectable third place overall.

We may just be three months into 2020 but Fraga until February 16th to have completed his first championship of the new decade. The Toyota Racimg Series is a five round series that takes place in the New Zealand summer with each round hosting three races. This years edition saw a ferocious title fight between Fraga and home favourite Liam Lawson in which the Brazilian would ultimately triumph in a championship decided by just six points. A sole retirement from Lawson at the halfway point the likely decider.

It was announced last week that Fraga would join the FIA F3 grid as part of the Charouz team to partner David Schumacher and Niko Kari but his backers have grown at least tenfold this week with Red Bull confirming to have taken the Brazilian into the Red Bull Young Driver programme through which all of the current Red Bull and Alpha Tauri drivers have passed.

Igor made his own statement on his Instagram page in which he said: “[I’m] very happy and honoured to join the Red Bull Junior Team! I’m very thankful for the chance and I will make sure to make most of it.”