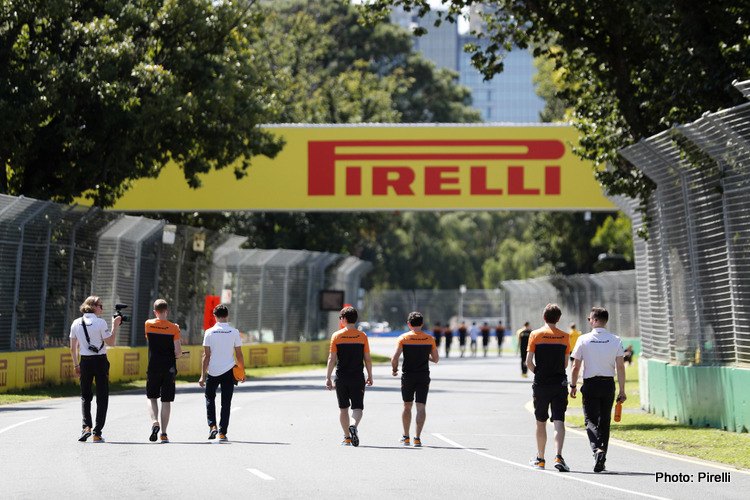 A member of Pirelli’s staff under quarantine in Melbourne has tested positive for  the COVID-19 virus, the company has revealed.

The diagnosis, which was announced by Formula 1’s tyre supplier on Tuesday, marks the second confirmed case of coronavirus in the paddock after a McLaren team member tested positive last Thursday.

“A member of the Pirelli F1 team has yesterday tested positive for Covid-19 in Melbourne,” Pirelli said in a statement. “The person concerned is now following all the relevant procedures put in place by the Australian health authorities.

“These authorities have confirmed to Pirelli that this person has not had any contact with third parties that requires special preventive measures to be taken for other people.

“Pirelli is closely monitoring the situation in line with public health policies and company guidelines.”

Despite the staff member having travelled to Australia from one of the hardest-hit countries by COVID-19 in Italy, it is unknown whether they brought the virus with them into the country or contracted it through their interactions in the paddock. Nevertheless, it illustrates the continued threat the disease poses to the sport, which has now cancelled the 2020 season’s first five races.

For Pirelli, the diagnosis marks an additional blow after news earlier that they would be forced to discard their entire allotment of tyres brought for the Australian Grand Prix weekend, even though it went entirely unused.