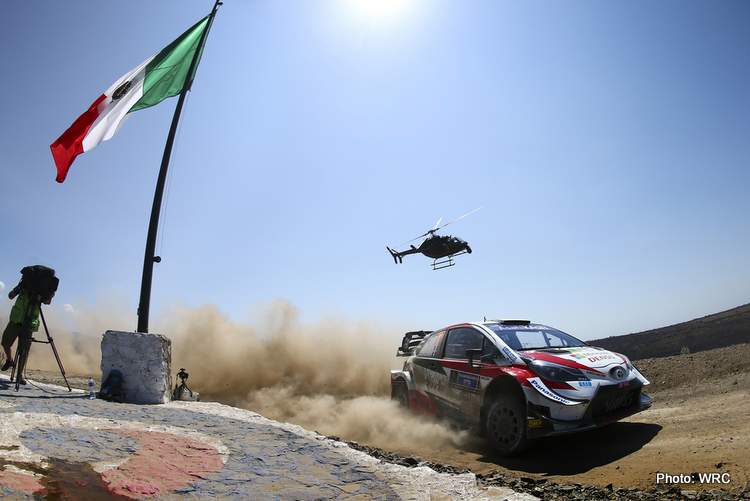 In what is likely to be the last international motorsport event in the pre-COVID-19 era, six-time World Rally Champion driver Sebastien Ogier and navigator Julian Ingrazia took their first WRC victory as a Toyota crew at Rally Mexico.

The rally was shortened by three stages on Sunday morning in order to allow teams the chance to beat forthcoming Coronavirus-inflicted travel shutdowns.

Ogier was back to his old dominant self as he delivered a seismic performance to move into the championship lead and also match Sebastien Loeb as a six-time winner in Mexico — he beat reigning world champion Ott Tanak’s Hyundai by 27.8 seconds, while Tanak fought off a most impressive Ford driver Teemu Suninen.

Sebastien Ogier said of his win: “This was a strange victory for me this weekend… I did not want to race but I was convinced to do it and I’ve done my job. “But for me protecting human life should go first and I hope we didn’t bring any harm here to our friends here in Mexico.”

With Rally Argentina already postponed, international motorsport now enders a hiatus in line with worldwide restrictions in an effort to curb the spread of Coronavirus for an indefinite period — read more about how the shutdown also affects all racing here.

Nothing else happened on what was to be a very busy weekend of global motorsport.

This victory feels completely different than the others, because this rally should have not happened! Protecting human life must come above any other interest – for sure also above racing! If we put the fans here in danger this victory has no value.#RallyMexico pic.twitter.com/TI7G3n0RYP