Ecclestone: I would have got Flavio Briatore to run Ferrari 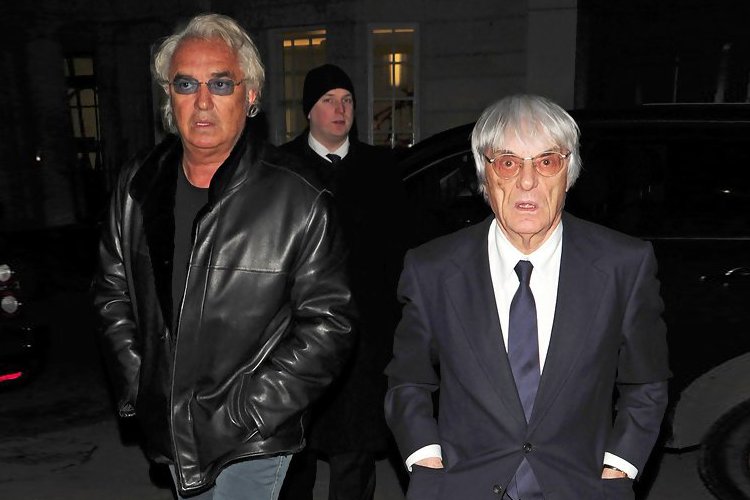 Bernie Ecclestone has been tracked down by the Daily Mail ahead of the 2020 Formula 1 season, the former Formula 1 chief had some interesting things to say and of course, lobbed a grenade into proceedings by suggesting his pal Flavio Briatore should be leading Ferrari.

The great Italian team have had a torrid time in the past decade and a half. After the incredible run of championship wins in the Michael Schumacher era from 2000 to 2004, they went off the boil only to bounce back fortuitously to claim the 2007 F1 drivers’ title with Kimi Raikkonen and the F1 constructors’ championship a year later.

Since 2008 there have been no F1 titles. Even with a very strong car last year, thanks to an error-strewn campaign by the team as well as the feud between their drivers Sebastian Vettel and Charles Leclerc, it turned out not to be a very good year for the Reds in Mattia Binotto’s first season as team boss.

Asked if Binotto was the right man to lead the sport’s most famous team, Ecclestone replied, “No, he’s an engineer. They need someone in there who can make people understand that when you say something it happens. Not maybe. Or a discussion.

“I would have got Flavio Briatore to run Ferrari. Flavio would do what he always did with Benetton and Renault: he’d steal the best people from other teams. The problem is that in the end, Flavio would have let people think Ferrari belonged to him,” predicted Briatore’s long time friend.

Part of the big problem that remains unsolved at Maranello is Vettel in descent and Leclerc on the ascendency – coping with the situation has proven to be a challenge, as the 32-year-old German endured a poor run of form, while his ten-year younger teammate was chomping at the bit and blisteringly quick.

The coming together between Leclerc and Vettel at the penultimate race in Brazil may appear to be resolved, but whenever the pair are on track again in the heat of battle expectations are there will be fireworks again.

Ecclestone said of the situation, “Sebastian did a shitty job and I told him so. He finished where he deserved [fifth]. Ferrari favoured [Charles] Leclerc, 100 per cent. They fall in love with a driver there and it is hard for the other guy. A lot of things went on against Sebastian.

“I think we have seen the best of Leclerc. He has done well and will continue to do so but I don’t think we’ll see anything spectacular.

“The business in Canada upset Sebastian. He thought Ferrari should have backed him more and got stuck in. He’s right,” insisted the retired billionaire who counts Seb as one of his inner circle of friends.