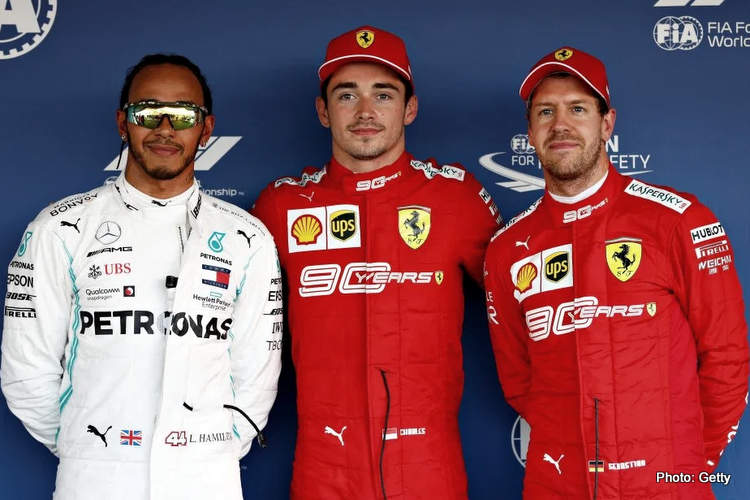 With Formula 1 (make that the globe) struck by the COVID-19 pandemic, the sport’s former supremo Bernie Ecclestone has emerged from the shadows to warn Lewis Hamilton against a move to Ferrari from Mercedes.

Tackling a broad range of issues in an interview with the Daily Mail, Ecclestone weighed in on talk of Lewis Hamilton moving to Ferrari, a subject that has cooled considerably amid the current global coronavirus pandemic.

With Hamilton out of contract at the end of this year, when F1 news was scarce, there were reports of a switch to Ferrari for the Briton, which would mean freeing up the best cockpit in the sport to move to a team in almost constant chaos, but one with the greatest legacy, and potential, of all.

On the matter, Ecclestone had some advice for the six-time F1 World Champion, “If I were Lewis I would stay at Mercedes. He is comfortable there. He is in charge. He’s got the guy [team boss Toto Wolff] who turns the lights on and off supporting him.

“It wouldn’t work at Ferrari for him. They are Italians. He would have to really learn the language so he’d know what they were saying behind his back, for a start.

“The problem with all the Italians, they don’t want a fight, don’t want an argument with anyone. Instead of saying to someone who is doing a bad job, ‘Sort yourself out or I’ll sort you out — please yourself, but I want results,’ they say, ‘Let’s have dinner so we can talk about it. Be friends’.

While Hamilton represents the old guard, Red Bull’s Max Verstappen is part of the next generation that are on the brink of stepping up to take over from the previous driver regime, Ecclestone said of the pair, “If I were a team boss I’d sign Max. He’s quick and easy to deal with.

“If I had Lewis I’d just tell him what time the next race starts and say be there for then. Apart from that, he could do whatever he wants. I’d cut his pay and let him do his own sponsorship, anything. Mercedes try to rein him in a bit. I’d give him total freedom.

“There is no need for him to worry about winning one more championship than Schumacher. If he wants to stop racing, he should not carry on just for that reason. He should carry on because he wants to drive.”

Ecclestone spent over half a century embroiled in F1, got to see most of the greatest drivers of all times, and shared his thoughts on who is the best of the best, “Alain Prost. He never got a lot of support from the team. They didn’t get all that [much] help from the pit wall, either.

“The lights went out and he was on his own. He had to look after the tyres on his own, the brakes too, and he was bloody quick. He nearly won two more championships. That would have been six but the figures are immaterial.”

“I’d also say Nelson [Piquet], who did well in a car that was OK. Stirling [Moss] you’d have to say yes to the top four. And [Juan Manuel] Fangio — he got the job done.

“Lewis is very good. Top four or five, or whatever, but it is hard to say this guy is better than so and so. Lewis has the best equipment and the best team. The best everything” explained the 89-year-old former uber-chief of F1.