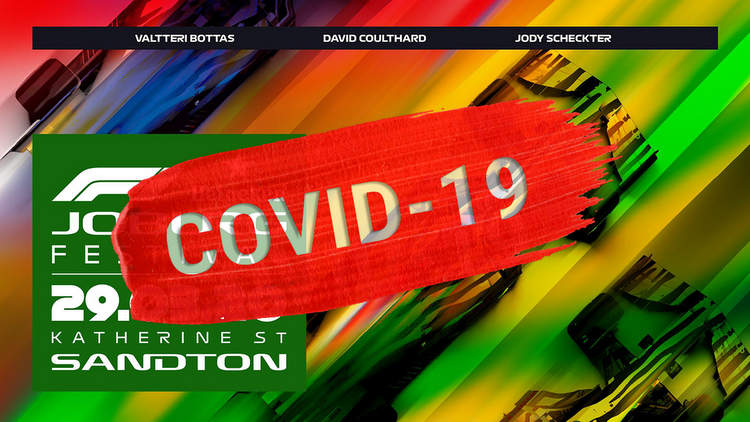 The entire sporting world has seen a dramatic increase in event cancellations over this past week with Formula 1 being no exception. Now with the first few rounds of the 2020 season confirmed as postponed, the scope widens with the planned Heineken F1 Joburg Festival also falling foul to the Covid-19 outbreak.

The festival was planned to take place on 29th March in Johannesburg, South Africa with Mercedes, Red Bull and Renault all set to hit the streets in modern machinery while the event was also to be graced with a Jody Scheckter demo-run featuring his 1979 championship-winning Ferrari 312T4. As the global response to the coronavirus outbreak, organisers Heineken and SAGP have postponed the event as a precaution.

SAGP released the following statement to confirm the postponement of the event:

“Although everyone will be very disappointed, given the current situation regarding COVID-19, the decision to postpone the F1 Joburg Festival is the appropriate course of action.

“Hopefully it won’t be long before circumstances are such that we are able to reschedule the event, and we look forward to working with Formula 1 and Gauteng Province in our continued efforts to bring Formula 1 back to South Africa.”

With the blessing of local authorities, the cancellation comes while South Africa is host to 24 cases of Covid-19. While numbers are low, the move is an understandable precaution given the vast numbers of tourists expected to line the same streets yielding undesirable population densities in a time of pandemic. All ticket purchases will be refunded including those that have not been picked up and ordered online.

The Covid-19 pandemic has currently struck 147,000 individuals with over 5,500 deaths related to the illness. On Friday, the World Health Organisation shifted the epicentre of the outbreak to mainland Europe as China sees dwindling new case numbers and more recoveries than cases over successive days.

The situation is very much fluid and constantly evolving as questions continue to be raised over the viability of more sporting and motor events across the globe.

The cancellation will come as a big disappointment for South African F1 fans who are craving a Grand Prix in the country which was on the F1 calendar until 1993. The race was held at Kyalami on 20 occasions and thrice in East London.

All numbers and figures inline with John Hopkins University and Medicine at time of writing.