Random F1 Fan: I was heartbroken so I went and had a beer 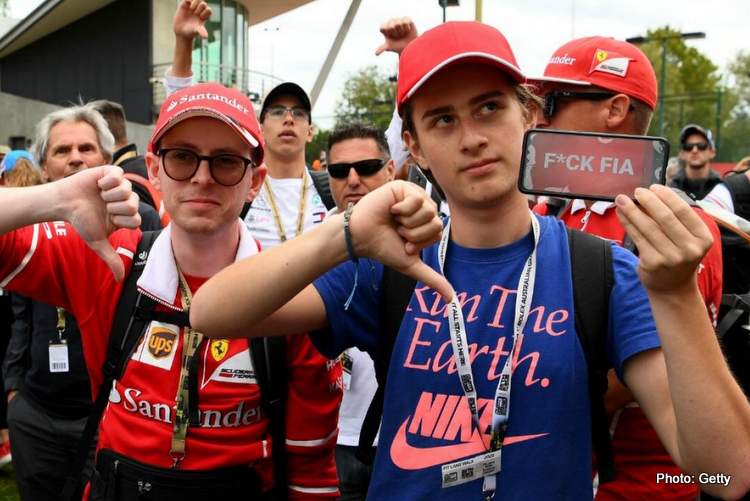 Devastated Formula 1 fans are in disbelief about the Australian Grand Prix being cancelled 24 hours into the event because of the COVID-19 pandemic that has struck the world.

Diehard fans descended on Melbourne for the four-day event, only for organisers to call it off on Friday, a mere hours before FP1 was due to start, with the global health crisis escalating hourly.

It has forced fans from across Australia and around the world to create alternative plans, with many heading straight for pubs around Melbourne, including Hoang Tran, visiting from Georgia in the United States, said his first time in Australia had been interesting.

“I planned my whole trip around this weekend and today I found out it was cancelled,” he told AAP. “I was heartbroken so I went and had a beer with these amazing English and Aussie people.”

Adelaide based James Manos said he was furious with F1 and grand prix officials for not making a decision on the race sooner, “The fact that everyone lined up this morning was ridiculous. I don’t think anyone had the balls to say it was off earlier.”

Melbourne local James Haworth, who has been coming to the grand prix for 25 years, said he was “not angry, more upset” and explained, “You were standing at the gate and blokes on the PA were saying ‘relax, you’ll be all in soon. You’re supposed to be in by 8.30am, you know they’re not opening up.”

Meanwhile, the scheduled concert by Robbie Williams on Saturday at Lakeside Stadium inside the F1 circuit at Albert Park has also ben cancelled. Ticket holders will be refunded.