Carey: I think we’ve made the right decisions 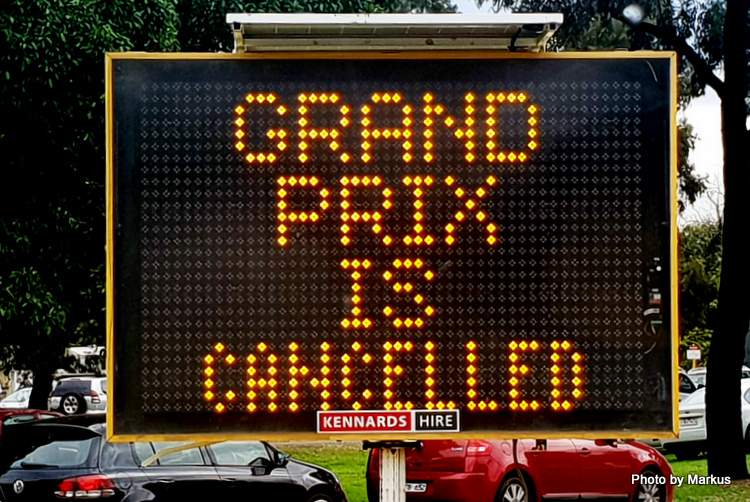 Amid criticism regarding the tardiness of the cancellation of the Formula 1 season-opening Australian Grand Prix this weekend, the sport’s CEO Chase Carey insists that the correct decisions were made at the appropriate time.

Red flags fluttered two weeks ago when Italy became the European epicentre for COVID-19 which has since spread randomly and rapidly across the globe which has since been struggling to cope with coronavirus.

Earlier in the week, a McLaren staff member was diagnosed as a carrier, upon which the team decided to withdraw from the race. This triggered an emergency meeting between teams, governing bodies and the organisers which ran for several hours and into the early hours of Friday in Melbourne.

Speaking to reporters in the wake of the cancellation announcement, Carey told reporters, “I want to add our thoughts with those individuals that have been affected by this. I also want to express our disappointment on behalf of the fans. This is the race we always look forward to, great fans here.

Later, when confirmation came that forthcoming races in Bahrain and Vietnam were – like the Chinese Grand Prix – to be postponed, Carey said in a statement, “The global situation regarding COVID-19 is fluid and very difficult to predict and it’s right we take time to assess the situation and make the right decisions.

“We are taking this decision with the FIA and our promoters to ensure the safety of everyone involved in F1 and our fans. The Bahrain Grand Prix is an exciting race in our schedule, and we look forward to being back there as soon as we can.

“We are also looking forward to Vietnam’s inaugural race and bringing the spectacle of F1 to one of the most exciting cities in the world,” added Carey.

Meanwhile, reports suggest that the Formula 1 season will only get underway with the Azerbaijan Grand Prix in June, which would also mean the postponement or cancellation of the races in Holland, Spain and Monaco, the crown jewel of the sport.

However, the constantly dynamic situation of the COVID-19 pandemic means that planning is useless as no one can predict what tomorrow has in store for humanity.