Verstappen: With Honda dedication we have everything to challenge 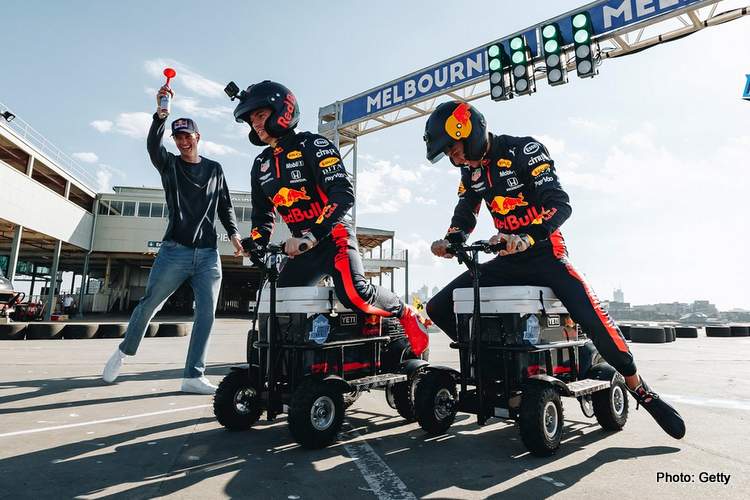 Max Verstappen carries the hopes of many neutrals fans as he begins his 2020 Formula 1 World Championship campaign, Red Bull and Honda have hopefully found the sweetspot with their package and the young Dutch superstar can deliver as he is capable of doing.

While Ferrari are expected to shoot themselves in the foot at some point, their drivers Sebastian Vettel and Charles Leclerc still have a feud to settle, thus the onus is on Verstappen to take the fight to Lewis Hamilton and, if the Reds are in the mix and they should be, we have the stage set for a great season.

All the ‘noises’ coming out of Red Bull and Honda are positive and their driver’s poker face throughout testing in Barcelona is a sure indication that all is well in the blue camp.

On the eve of the Melbourne opener, Verstappen said in the Red Bull driver preview: “I feel good and we are pushing hard as a team. Everybody here knows that to be successful you need to fully understand the car, do a lot of laps and we were pleased with our testing in Barcelona.

“We got good mileage, things ran pretty smoothly and that’s exactly what we wanted. Honda are also pushing flat out. You always want improvements and they have made a lot since last year. The real bonus is that what they say they will deliver development-wise always happens and I’m confident that will be the case again this year.

“My contract talks were pretty simple and I trust the team. I believe we can move forward and get back to challenging like we did in the past. We have the right people in the team and I think we have everything we need to challenge, especially with the dedication from Honda.

“I’d like to start the season strong because then it’s really on but we won’t know where we stand until Q2 and Q3 on Saturday in Melbourne, that’s where all the hard work over the winter really counts.”

At 22 years of age, with eight Grand Prix race wins and 31 F1 podiums, Verstappen represents the cream of the next generation of drivers and his goal is to dethrone Hamilton and Mercedes, but he can’t do it alone.

“It’s not only me … the package needs to be quick so let’s see,” explained Verstappen to reporters in Melbourne when asked if he will be champion this year.

Plenty of action through the opening corners at Albert Park this year 😂 #AusGP 🇦🇺 #F1 pic.twitter.com/Xycz1htknc