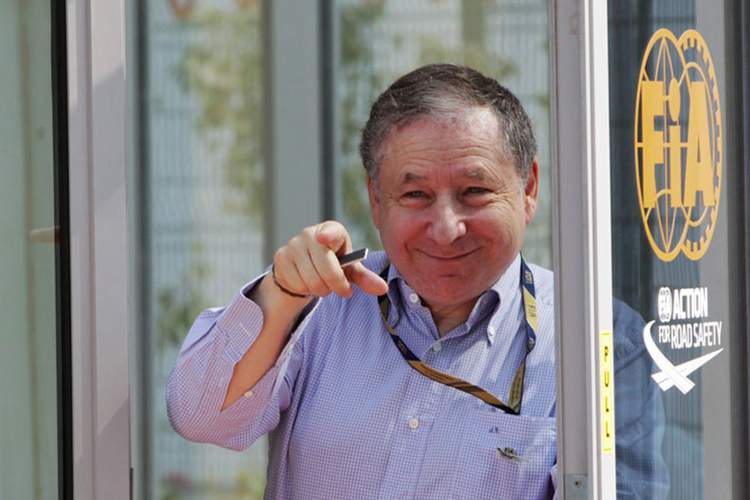 The FIA was cunning in its announcement that it had come to an agreement not to agree with Ferrari just minutes after Formula 1 winter testing ended – its secret pact with Maranello has kept the sport in an uncomfortable spotlight and based on the tenet that all news is good news, that clearly has worked too.

But at what expense?

This is now my fourth story based on that shady secret — some may say we’ve covered all angles, they tell me others consider our wild theories crazy, but I’d say this FIA-Ferrarigate story is huge. It’s still going to get bigger it seems. Much bigger… 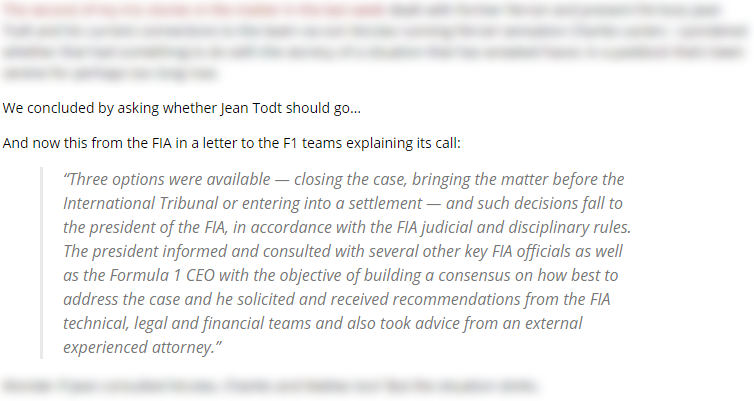 But what to do in hindsight? Simple — it’s too late to send Todt charge Carlito and Seb’s red cars sent to the back of the grid and tell them to get rid of the offending aspects, but it’s not too late to exclude Ferrari now from the final race of those that were suspect like it should have been back then. The investigation has been ongoing since then, so I believe the FIA still has the power to exclude the team in hindsight.

It’s not the first time a good man has had to fall on his sword, nor will it ever be the last, but when objectivity is clouded, leadership is compromised.

So the time has come for Jean Todt to abdicate…