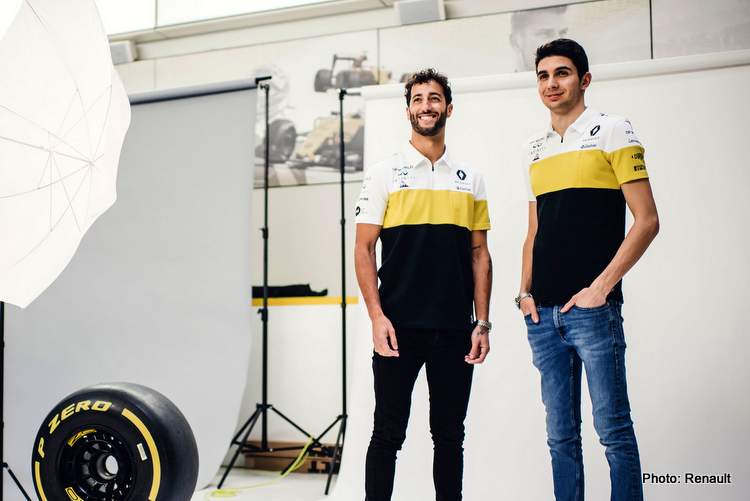 Formula 1 star Daniel Ricciardo and his new teammate Esteban Ocon have been pulled out of a scheduled Renault team media conference to protect him from coronavirus, while three crew from other teams have been placed in self-isolation after displaying symptoms of the illness just days out from the Australian Grand Prix.

Ricciardo and teammate Esteban Ocon were due to take part in a media conference on Wednesday at the Albert Park circuit, ahead of Sunday’s race but team officials made a call at the last moment to withdraw them and keep them protected from the public going into the weekend.

“Our drivers were supposed to be with us for this event but due to the situation we’ve excused them for the occasion,” Renault team principal Cyril Abiteboul said.

Elsewhere, a member of the McLaren team, as well as two personnel from the US outfit Haas, were put in isolation after displaying flu-like symptoms and being tested for the virus in Melbourne.

This year’s race has been under a cloud since the onset of the virus, which has caused major sporting events around the world to be cancelled, postponed or contested without spectators present.

A key point of concern for organisers has been the presence of Italian teams Ferrari and the newly rebranded AlphaTauri team, formerly Toro Rosso, as well as tyre supplier Pirelli.

Italy has the highest number of Covid-19 cases outside of China, and the government announced on Wednesday that it would stop travellers arriving from the European nation.

Members of all three organisations had their temperatures taken upon arrival in Melbourne and key F1 officials have said a race for championship points will not go ahead without them.

Next week’s race in Bahrain will take place behind closed doors, while the Chinese Grand Prix scheduled for April 19 has been cancelled.